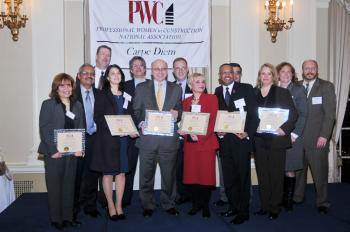 Award honorees gather as part of a celebration of the World Trade Center construction, March 25, 2009. (Mingguo/The Epoch Times)
US

NEW YORK—Life, love, pain, and tradition. This is the music of Corsica, the fourth largest island in the Mediterranean Sea and the birthplace of Napoléon Bonaparte.

In the late 1970s, the two sons of Corsican poet and singer Jules Bernardini formed a band to promote the traditional music and language of Corsican culture.

The lead singer of I Muvrini, Jean-Francois Bernardini said Corsica has shaped him as person.

“Corsica is my home. Corsica is my first place. It is a place in the middle of all the places in the world. It is an open place.”

Bernardini said Corsica has had some impact on American society, after the island nation adopted a democratic constitution in 1755 that gave all people in the nation the right to vote.

He said this “fantastic social experiment” caused admiration throughout the world. His obvious love for his country is woven into his songs.

“We speak about life, about love. About trying to find the best way to be human beings together,” he says.

I Muvrini played at Carnegie Hall on Saturday night, before moving on to Washington, D.C., to finish their brief tour of the United States. They will be traveling through Europe throughout December.

Patricia Rochard of Washington, D.C., is originally from Corsica and said she loved the concert.

“Corsica is my home, it’s my soul basically. I think that is where I will go back to when I will be older. That’s my joy. That’s my perfume,” she said.

She said she was moved to tears when the band played.

“It’s like a voyage, to travel back to your childhood. To your roots,” she said.

Ms. Rochard said she appreciated the band traveling all the way to the United States to promote their traditional culture.

“I think it is about humanism that is what we are missing all over the world. I think that is the message they are sending. What it is all about,” she said.

The show drew Corsicans from all corners of America, with eight Corsicans making a special trip from Puerto Rico to attend the show in New York.

He said the he really enjoyed the performance, but he has seen them play before.

“I think the Americans who came were interested and they were intrigued. Ultimately they got to love them,” said Ortoli.

Bernardini said there were historic links between the United States and Corsica.

“More than eight towns in America have a Corsican name, because of historic links regarding to the democratic experience of Corsica in 1755,” he said.

“Yes, we are a so little island regarding to America. But it is a sign that every culture, every language, every part of the world, every little soul of the world has something to give to the other one,” he said.

“The unity will put us together, and the diversity, the differences will make the world become richer.”

He said good music is something that tries to rise up something good in the soul of the listener.

“It was a very touching moment with people singing with us in a language that don’t know. They just learned a few words,” he said.

Corsica is considered one of the 26 régions of France; it is called a "territorial collectivity." Corsica is located west of Italy, southeast of France, and north of the island of Sardinia.