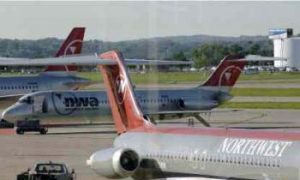 Officers in federal prisons want legislation allowing access to the health records of inmates who attack them with bodily fluids. This is needed to help them protect themselves against contracting infectious diseases, their union says.

“It’s an unfortunate reality of the job that correctional officers are always attacked by inmates in prisons,” says Lyle Stewart, a spokesperson with the Union of Canadian Correctional Officers.

Aside from the fact that it is not a pleasant experience for correctional officers to be attacked with urine, saliva, excrement, semen, and even bloody syringes, what is more worrying is the high rate of infectious diseases among inmates, explains Stewart.

“Inmates nowadays have higher rates of HIV infection and hepatitis C infection, and many other disease infections.”

But under Canada’s privacy laws, inmates’ health records cannot be surrendered to the attacked officer.

“The correctional officer has no right to know whether this inmate is infected with a deadly disease,” says Stewart.

As a result, even though it might not be necessary, some officers choose to follow a “post-exposure protocol”—a pharmaceutical regimen of several different drugs designed to ward off infectious diseases. However, the side effects of these drugs can be highly detrimental.

“The officer is often off work for many months, because it’s impossible to work when you follow a drug regimen like this,” says Stewart. “And while there is still a fear that someone may have contracted a deadly disease such as this, there are limits with their spouse and their children, and their other normal life and interactions are severely limited.”

Forcing attackers to release their health records could also act as a deterrent for inmates, Stewart says.

“[Inmates] know that the Correctional Service now interprets privacy laws in the way that they do. … So even if they don’t have a disease, sometimes it’s happened that they would lie—they would splash someone in the face with a cup of bodily fluids and say, ‘Ha ha, now you’re going to die, you’ve got my disease,’ even if it’s not true.”

Suzanne Leclerc, a spokesperson with Correctional Service Canada (CSC), says the department does not release inmates’ medical files “in accordance with the Privacy Act and provincial legislation related to the sharing of personal health information.”

Leclerc says the department has agreements with hospitals, clinics, and other health centres in close proximity to each institution across the country so that appropriate treatment is readily available.

“CSC’s current policy requires that individuals who are exposed to blood or bodily fluids of another individual be referred for prompt assessment and medical management,” she says.

Some provinces already have a Blood Samples Act so that first responders such as emergency workers, police, and prison officers can find out if they’re at risk of contracting a disease if they’ve been exposed to someone’s bodily fluids.

Stewart says that before the 2006 federal election, the Conservatives informed the union that legislation would be implemented to address the issue. However, no action has been taken.

The Epoch Times contacted the Prime Minister’s Office for comment but no response was received.