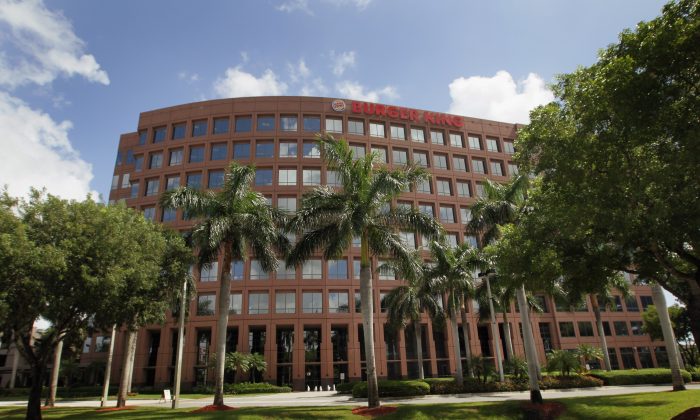 NEW BRUNSWICK—The U.S. presidential election campaign triggers debate every four years over off-shoring, outsourcing, and tax-avoidance schemes by corporations. This year is no exception, and the issue of “inversions”—companies moving their headquarters abroad to reduce taxes—has candidates from both parties crying foul. The issue highlights the negative consequences of globalization and serves as an effective battle cry to rally voters. A closer look shows why this is a visceral political issue even though the economic impact is less than meets the eye.

In simple terms, an inversion is when a U.S. company shifts corporate headquarters to a country like Ireland where corporate taxes max out at 12.5 percent, as compared to the maximum 35 percent U.S. tax rate, not including additional taxes imposed by states. For large multinational firms, the annual savings for companies—and lost tax revenues for the government—can be in the billions.

Inversions are not just a matter of declaring a new address and printing new stationery. A U.S. company must acquire a foreign firm large enough to qualify, and U.S. shareholders must own less than 80 percent for the new firm to be considered a foreign firm for tax purposes. More than 20 U.S. firms shifted headquarters since 2012, including Mylan to the Netherlands, Burger King to Canada, and Medtronic to Ireland—all countries that offer lower corporate tax rates than the United States.

Inversions occur when a U.S. firm shifts headquarters to another nation, often to take advantage of low taxes.

Anticipating new waves of inversions and the inability of a polarized Congress to impose limits, the U.S. Treasury under President Barack Obama tightened rules for inversions with a series of measures in September 2014, November 2015, and April 4 of this year to prevent what the Treasury secretary called “serial inverters.” Loopholes closed most recently include foreign firms pumping themselves up in size with stock-based transactions and mergers over a short period of time or generating large interest deductions by increasing debt without financing new investment in the United States.

There are arguments for inversion:

But there are arguments against moving headquarters abroad:

Most opposition to inversions comes from Democrats, and many Republicans dislike them as well.

Despite the political outrage, inversions are neither big nor consequential. Bloomberg estimates that up to 70 large U.S. firms have relocated headquarters abroad since the year 2000. However, data are not comprehensive and do not include new foreign direct investors that have chosen, from the beginning, not to establish headquarters in the United States due to perceptions, real or rhetorical, that the country’s taxes are high. The latter category has far greater economic consequence than the mediagenic reports about attempts by well-known U.S. companies, like Pfizer, to “invert” by merging with Allergan in Ireland, a deal killed by the U.S. Treasury’s April announcement.

Explainer: What Are ‘Tax Havens’?
Google, Facebook, and Amazon Would Be Forced to Reveal Tax Haven Activities Under New EU Rule

Consensus is emerging. Virtually all political factions and economists agree that the U.S. tax code is bloated, with thousands of arcane provisions and loopholes, and should be simplified. Nothing is done because of the concentrated vested interest on the part of international tax experts, lobbyists, lawyers hired by large firms. Owners of small firms and individual taxpayers who cannot afford such legal, accounting and lobbying power feel they have no voice in simplifying the U.S. tax code or making it more equitable. Hence the growing political disenchantment.

Inversions are neither ubiquitous nor of great consequence, so why all the hue and cry?

Inversions themselves are neither ubiquitous nor of great consequence, thus far. Why then all the hue and cry? Inversions have crystallized debate on critical dilemmas facing the U.S. and global economy.

There is an inherent contradiction, as well as jurisdictional disputes, in a world with separate country-by-country taxation while multinationals treat the world as one economic space. There is an inherent tension between maximizing shareholder value versus keeping jobs and activity in the United States.

Small businesses, which cannot take advantage of international tax loopholes, resent large multinational firms that can shift operations, earnings, and tax payments across countries. Over the past two decades, the “bottom 40 percent” of the U.S. working population has seen its effective income stagnate, while the “upper 20 percent,” comprised of highly skilled personnel working for large companies, has prospered because of technical skills and education.

The issue is not settled. If a polarized U.S. Congress continues inactivity, the Treasury Department promises to continue to explore more ways to address inversions.