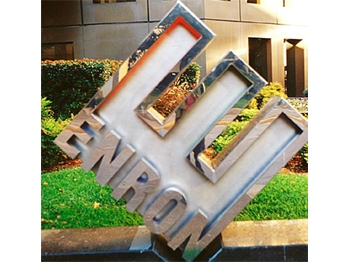 Du Won Kang
biggersmaller
Print
Is the huge negative impact of corporations on the economy, the environment, and society today merely caused by the greed of a few corrupt individuals among many honest business people? According to some researchers, the problem is far more serious: the very nature of corporations and the legal framework, particularly in the U.S., perpetuate the pathological behavior of all big publicly traded business corporations.

According to legal scholar Joel Bakan, author of The Corporation, despite the shift of business leaders who say that their companies care about society as a whole and not just about profits, the corporation itself has not changed.

“It remains, as it was at the time of its origins as a modern business institution in the middle of the nineteenth century, a legally designated ‘person’ designed to valorize self-interest and invalidate moral concern… yet curiously we accept it in society’s most powerful institutions,” he writes.

Bakan distinguishes these corporations from small incorporated businesses and not-for-profit or privately owned ones.

Externalizing Costs to Others

The late Milton Friedman, one of the most influential economists of the 20th century and a recipient of the Nobel-Prize, said that a corporation must maximize profit for its shareholders while “externalizing” its impact on society and the environment as other people’s problem. He explained that maximizing profit is the only social responsibility that a corporation should have, and this is good for the economy.

“Suppose a bank lends money. It cares about one thing – its own profits. There’s a property called systemic risk: If the market crashes somewhere, it’s going to be contagious… But the investor doesn’t think about that; it can’t… You cannot think about the cost to others… That’s another externality. So, the system is sort of built to magnify extremely dangerous properties…,” says Chomsky (The Corporation, DVD).

More recently, on June 12 of this year, Chomsky said that this externalization is “one of the roots of the current financial crises.”  He continues, “Let’s say Goldman Sachs… makes a risky loan, they calculate the potential cost to themselves if the loan goes bad, but they simply don’t calculate the impact on the whole financial system. And we now see how severe that can be…”  (C-SPAN)

“[I]n pursuit of their self-interest, it is no exaggeration to say that the corporation’s built-in compulsion to externalize its costs is at the root of many of the world’s social and environmental ills,” writes Bakan.

Dr. Robert Hare, internationally renowned expert on psychopaths and consultant to the FBI, says that corporations are not unlike psychopaths in many respects.  He found that key psychopathic traits matched corporation’s institutional character: irresponsible, manipulative, grandiose, lack of empathy, asocial, unable to feel remorse, and often refusing to accept responsibility for their own actions.

Like psychopaths, corporations “present themselves as compassionate and concerned about others when, in fact, they lack the ability to care about anyone or anything but themselves,” writes Bakan.

That company was Enron.

According to Bakan, the underlying reasons for Enron’s collapse were due to “characteristics common to all corporations: obsession with profits and share prices, greed, and lack of concern for others, and penchant for breaking legal rules.”

“[A corporation] is compelled to cause harm when the benefits of doing so outweigh the costs,” which are often based on cold and abstract calculations of cost-benefit analyses, explains Bakan.

Bakan writes, “Many U.S. corporations today regularly do business with totalitarian and authoritarian regimes… because it is profitable to do so.”

Legal Framework and Structure of Corporations

Chomsky says that individuals within corporations may not always be psychopaths themselves and they usually have normal lives with family and friends, but they have very few options on goals that they can pursue within corporations.

According to Ted Nace, author of Gangs of America, human beings in corporations have freedom to determine a wide scope of tactics and strategies, but this freedom is constrained by legal framework and institutional structure of corporations.

What would happen if the chairman and CEO of ExxonMobil were to announce that he would take the company on a new path toward social justice and environment protection, asks Nace. His answer is  that either one of two things would happen: The board of directors would fire him, or the company would face a class-action shareholder lawsuit for violating legally mandated fiduciary responsibility toward the owners of the company.

“The corporation… is deliberately programmed, indeed legally compelled, to externalize costs without regard for the harm it may cause to people, communities, and the natural environment. Every cost it can unload onto someone else is a benefit to itself, a direct route to profit,” says Bakan.

Both Nace and Bakan explain that a big corporation is not just a big company: it has a peculiar internal structure and is determined by an external legal framework. A corporation is defined as a separate legal entity from its owners, and this opened the door to two innovations: a corporation as an immortal “person” with legal rights, and owners of corporations enjoy “limited liability,” which allows owners to escape responsibility for corporate debts and harm to others.

Howard Zinn, an acclaimed historian and author of A People’s History of the United States, said of Nace’s book: “Gangs of America is a valuable resource for understanding the origins of corporate power in this country. It offers an acute analysis of how the legal system became more and more a protector of corporate interests over human rights…”

“Through lobbying, political contributions, and sophisticated public relations campaigns, they and their leaders have turned the political system and much public opinion against regulation. The law’s ability to protect people and the environment from corporate harm has suffered as a result,” says Bakan.

According to Ira Jackson, Former Director of Center for Business and Government at the Kennedy School of Harvard University, it is inappropriate for Friedman and others to so often refer to Adam Smith to justify the greedy and amoral pursuit of profits.

Jackson says, “Adam Smith… believed very much in the efficacy and the efficiency of the invisible hand and also wrote as a moral philosopher about the obligation and need for businesses to extend a helping hand… if we go back and actually read Adam Smith, we see that the author… in fact was a moralist himself.” (The Corporation, DVD)

Bakan adds, “No social and ideological order that represses essential parts of ourselves can last, a point as true of the corporate order as it was for the fallen Communist one.”