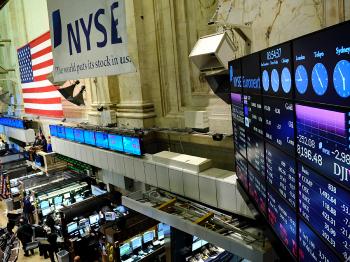 By Antonio Perez
biggersmaller
Print
NEW YORK—Investors will brace for the first wave in a slew of fourth-quarter corporate earnings this week, which should offer clues regarding how the recession impacted businesses during late last year.

The markets were closed on Monday in observance of Martin Luther King Jr. Day, and stocks are expected to get a boost on Tuesday as the inauguration of President Barack Obama injects a dose of optimism.

But the optimism could soon revert if corporate earnings reports disappoint—and analysts are already admitting that there may be more negative fourth-quarter surprises than positive ones.

A Thomson-Reuters report says earnings may be down 20 percent compared to fourth-quarter 2007. A total of 180 companies expect to report this week, including major market drivers International Business Machines, Johnson & Johnson, and General Electric, as well as technology bellwethers Apple, Google, and Microsoft.

A year ago, business losses were concentrated among companies in a few sectors, such as the mortgage, real estate, and financial industries. But the current economic weakness is expected to hit almost every company, large or small.

Perhaps the most-anticipated nomination hearing will come Wednesday for U.S. Secretary of the Treasury designate Timothy Geithner—a post that will have major implications on the health of the U.S. economy over the next several years.

According to recent quotes from both sides of the aisle, Geithner expects to be confirmed relatively trouble-free. His experience at the helm of Federal Reserve Bank of New York—the major decision-maker in the recent Wall Street bailouts—qualifies him as a competent candidate to navigate troubled financial waters.

The only wrinkle in the expected confirmation is $34,000 in taxes that Geithner apparently failed to pay several years ago. He has since made the payment.

The December report for housing starts—or the number of new constructions—is due on Thursday and economists expect a figure to be among the record lows. November 2008’s housing starts dropped to 605,000, the lowest level since recordkeeping began in 1959.

Builders must compete with unsold inventory of new homes, existing homes, as well as a slew of foreclosed properties.

Lawrence Summers, President Obama’s economic advisor, said last week that the new administration intends to use between $50 and $100 billion of TARP funds to address the foreclosure issue.