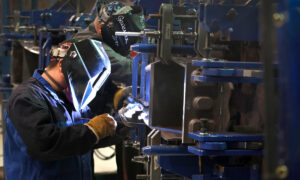 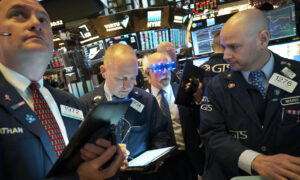 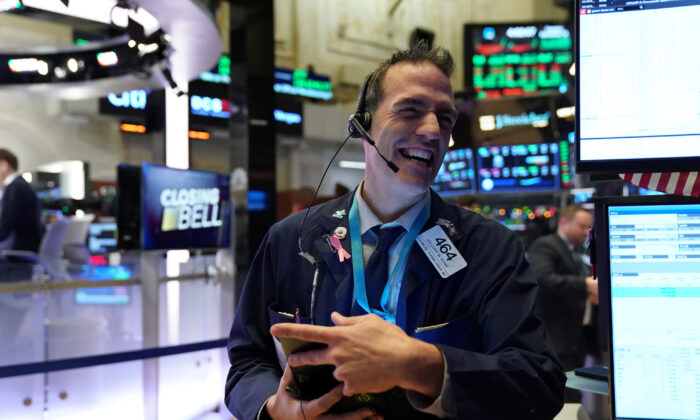 In addition to a “positive surprise” in the form of higher-than-expected earnings per share (EPS) figures—which serve as a gauge of a company’s profitability—nearly two-thirds of firms listed on the S&P 500 came in above expectations in revenues, data released on Jan. 17 by FactSet (pdf) showed.

The S&P 500 has gotten off to a strong start in January, up 3 percent this year, fueled by a truce in the U.S.–China trade war, low interest rates, and signs that the economy remains healthy.

President Donald Trump weighed in on the housing data, noting in a tweet: “Tremendous surge in new housing construction in December, 16.9%, biggest in many years!”

Housing starts jumped to a seasonally adjusted annual rate of 1.608 million units last month, the highest level since December 2006. The percentage gain was the largest since October 2016.

“The shockingly large rise in home construction is likely to provide an unexpected boost to growth,” said Joel Naroff, chief economist at Naroff Economic Advisors. “However, the first quarter of 2020, it might be a lot softer.”

All Eyes on Another Week of Corporate Earnings

Investors are sure to follow corporate earnings closely in the coming week, as the earnings figures so far are based on less than 10 percent of companies reporting. And a year-over-year comparison of fourth-quarter earnings shows a drop in profit.

Despite near-zero corporate earnings growth last year, stock markets have performed well, with many investors anticipating a turnaround in profits in 2020 as global growth stabilizes and trade tensions diffuse.

“The market rally indicates that investors expect higher earnings growth again in 2020,” Alexander Voigt, founder and CEO at daytradingz.com, told The Epoch Times in an email.

“The China trade deal and presidential elections are the main influential factors. I expect a stronger outlook during the current earnings release period and a subsequent higher earnings growth for 1Q20 and 2Q20.”

“Analysts should curb their earnings enthusiasm,” Max Gokhman, head of asset allocation at Pacific Life Fund Advisors, told The Epoch Times in an email. “A dearth of capex [capital expenditures] in 2019 means that earnings targets will be hard to hit this year.”

The unofficial kickoff of the current corporate earnings season began when JPMorgan Chase published its results on Jan. 14 (pdf), posting record profit growth of 21 percent, between the fourth quarter of 2019 and the same quarter a year earlier.

Banks faced a dynamic operating environment in 2019 after the Federal Reserve cut interest rates three times. Higher rates tend to benefit the bottom lines of deposit-taking financial institutions because they widen spreads between the interest that banks earn from loans and the interest they pay for deposits. Lower rates can have an upside, too, however, as they tend to increase demand from consumers looking to take advantage of cheaper loans.

“Earning expectations for the banks have been elevated, but for the most part, they have delivered,” said Bob Lang, founder and chief options strategist at Explosive Options.

Lang added that he expects many banks to continue their 2019 posture of increasing dividends and stock buybacks.

“This should spill over into higher prices for stocks in 2020 as banks deliver more capital back to investors,” he told The Epoch Times.

IBM, Netflix, and United Airlines are all scheduled to report quarterly earnings on Jan. 21.