The Tesla logo is seen at the groundbreaking ceremony of Tesla Shanghai Gigafactory in Shanghai, China, on Jan. 7, 2019. (Aly Song/Reuters)
Viewpoints 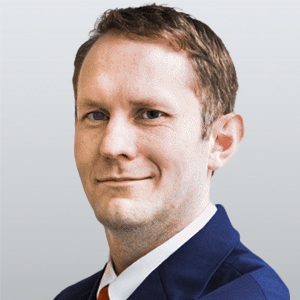 Corporate America wants you to know that they’re making the world a better, more inclusive, more sustainable, and more (insert buzzword of the day) place. Just look at all their donations to left-wing nonprofits, and rainbow flags, and green logos. They must be good if they say they are, right?

Well, just so long as you don’t look too deeply. When Corporate America jangles “environmental, social, and governance” (ESG) credentials in one hand to distract you like a kitten with a shiny thing, they’re shaking the Chinese Communist Party’s (CCP) hand with the other hand.

For example, Disney will only make movies that “look like” America, but it isn’t about to put black people on their Chinese movie posters. Big Tech has long since sold out to China, with last year Microsoft-owned LinkedIn even blocking an Axios reporter’s profile in China because she wrote about “prohibited content.” Amazon, Nike, and others were alleged to have potentially used in their supply chains forced Uyghur labor.

Coming full circle, Disney was quick to thank Chinese authorities for their help with “Mulan,” which was filmed right on the doorstep of the Uyghur concentration camps, of which China reportedly has 260.

This kowtowing to pure evil is in spite of the fact that one in five corporations say China has stolen their IP within the last year—and that wealth could be turned against us to blow up our aircraft carriers.

Congress has started paying attention to this, with Republican members of Congress introducing sanctions against China for its horrifying behavior toward the Uyghurs. Whether the Biden administration will respond is doubtful, even when they pay lip service to the idea of growing a spine.

If the embarrassingly low ratings for the Olympics in China are any sign, the American public is sick of this self-destructive selling out to Beijing. Corporations will start pulling out of China, but they need a leader.

Without closely examining the facts at hand, one would think that person could be South African entrepreneur Elon Musk, who is beloved by many on the right and the left. His alternative energy efforts earned him Time’s Person of the Year, and he then went to the conservative Babylon Bee to denounce wokeness as “divisive, exclusionary, and hateful. It basically gives mean people a reason—it gives them a shield to be mean and cruel, armored in false virtue.”

However, Musk seems to be in on the China long-game as well.

In January, two Democrat representatives, Bill Pascrell (D-N.J.) and Earl Blumenauer (D-Ore.), joined Sen. Marco Rubio (R-Fla.) in castigating Musk for opening a showroom in the Xinjiang region, the heart of the CCP’s anti-Uyghur atrocities. They implored Tesla to set a better example against the CCP’s crimes. It’s unknown the extent of Tesla’s involvement behind China’s red curtain, but we do know Musk took more than $2 billion in loans from China to build its Gigafactory.

In 2021, Musk tweeted well-wishes to the Chinese Communist Party for their 100th anniversary, calling the “economic prosperity” of the oppressive regime “truly amazing.” The previous year, he’d told one podcast that “China rocks.” He criticized the “complacency and entitlement” in the United States, especially in the Bay Area, Los Angeles, and New York—three cities conservatives aren’t going to rush to protect—while praising the Chinese as a “hard-working people.”

Praising slaves… for being hard working?

World affairs have shifted seismically in the last few years. The fact that Western European and North American benevolence and power have positively determined the course of history for the past 100 years is no measure that they will do the same for the next 100. Unless dramatic measures are taken, the CCP will guide the fate of the human race.

This is a group that horribly abuses its own people. The CCP responds to domestic protests with tanks, not open arms. Who knows what their plans are for the rest of us, once nothing can stand in their way?

For years, liberals hated Corporate America because of the corporate part. Now conservatives hate Corporate America for abandoning America. Both sides should come together to oppose abuse of slave labor in China’s oppressive regime. It’s disappointing to see Musk’s name on the list of companies linked to Xinjiang—let’s hope his name will be at the top of the list to reject it.

Jared Whitley
Follow
Jared Whitley is a longtime D.C. politico, having worked in the U.S. Senate, the White House, and the defense industry. He has an MBA from Hult International Business School in Dubai.