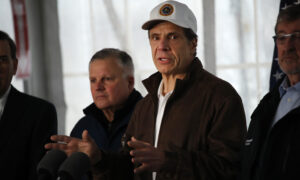 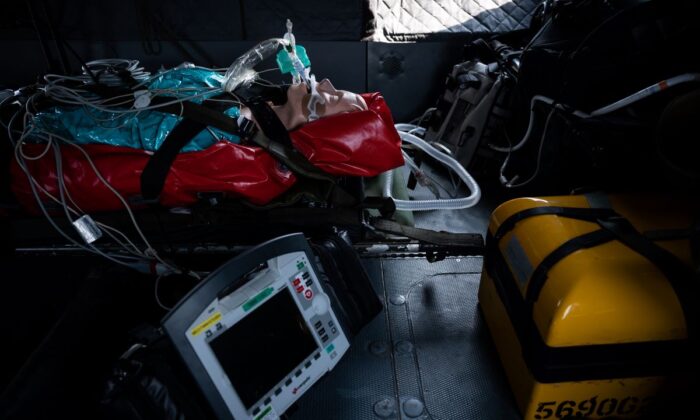 Officials, Health Workers Encouraged by Rise in Recovery Among Patients on Ventilators

COVID-19 patients need ventilators at critical times, but those put on them have a low rate of survival. However, recent cases of recovery in long-term ventilator patients have encouraged administration and health care professionals.

On April 9, the federal COVID-19 task force noted a “great report from Louisiana” that said an increasing number of patients on ventilators are coming out alive. Similar stories of recovery are being reported from around the nation.

Dr. Deborah Birx, a task force member, talked about the encouraging data in a media briefing on April 9.

“The testing rates, the seropositivity, the age groups, who really needs hospitalization, ICU, the innovative pieces coming from—we heard a great report from Louisiana this morning on that phone call where they talked about a minimum now of 40 percent of people coming out of ventilators alive and leaving the hospital,” she said.

The increasing cases of recovery are encouraging news for the administration, Birx said.

“It really shows amazing progress, clinically, at each of these hospitals, and the real lessons—what we’re learning and sharing across hospitals,” she said.

Many COVID-19 patients suffer from acute respiratory distress syndrome–ARDS, a condition in which fluids build up in the tiny sacks of the lungs called alveoli, which play an important role in the exchange of oxygen and carbon dioxide in the lungs. More than 40 percent of COVID-19 patients suffer from ARDS, and when their oxygen level falls to critical levels, they need ventilators, according to a study from the Journal of the American Medical Association.

While ventilators are very important for CCP virus patients because they can help them to breathe at critical times, the treatment isn’t always successful.

Michael Dowling, president and CEO of Northwell Health, told CBS News’ “Face the Nation” on April 5 that, in his observation, a COVID-19 patient has only a 20 percent chance of survival after going on a ventilator.

Doctors at the Central Arkansas Veterans Healthcare System called one case of recovery of a long-term ventilator patient a miracle, according to 21 News.

“It was a big confidence booster to the whole VA, ‘hey we can do this, we can make it through this pandemic together,'” Burns told local21news.

In another case, 55-year-old Ines Santacruz in Colorado came out alive after 10 days on a ventilator on April 10. A few of Santacruz’s family members had become infected, and the grandmother of nine became ill on March 13, according to 9News.

While other family members recovered at home, Santacruz fell very sick by the end of March and had to be transported to a hospital where she spent 16 days, and intubated for 10 of them.

Colorado has had at least 6,510 cases of #COVID19. But the state isn’t reporting the number of patients who have recovered so we don’t know how often it’s happening. A family in Aurora reached out to #9News to say it is. Their mom fought the virus for 16 days. Today, she’s home. pic.twitter.com/J9uuPnWrxC

When admitted to the ICU at the University of Colorado, UC Health, she already had pneumonia and was in critical condition.

“They had to put her on a ventilator. We were just an emotional wreck,” Santacruz’s daughter Elvira told 9News.

This was followed by a medically induced coma in the ICU and treatment with antibiotics and hydroxychloroquine. After 10 days of intensive care, Santacruz was freed of the ventilator, and a week later, she walked out of the hospital.

USA Today cited a University of Washington report saying that most COVID-19 patients require at least 10 days to recoup when under a ventilator. Used only in intensive care units, ventilators are removed once patients can breathe on their own.