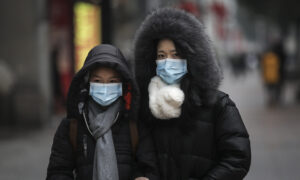 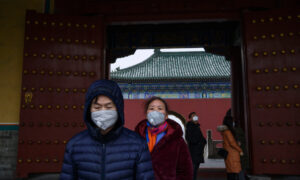 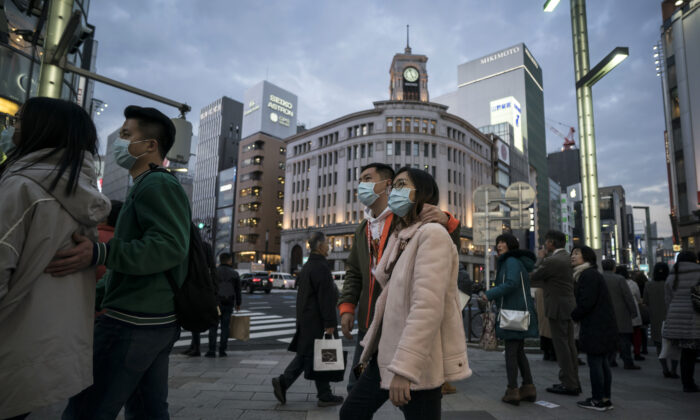 Coronavirus Spreads Fear and Other Contagions

The rapid spread of the new coronavirus is a daunting specter that is impossible to dismiss as something that’s only happening “way over there in China.”

Needless to say, everybody is everywhere these days. Coronavirus cases are now everywhere. The world is way past the time of geographic insulation.

What’s more, photos of unattended infected corpses in Chinese hospital corridors and of city streets strangely devoid of people strike a deep and strident chord within our human consciousness. Those images pack tremendously powerful emotional punches to the gut. That’s not just metaphorical, either. The visceral instinct for survival, manifested acutely in the fight-or-flight syndrome, is a real and necessary part of being human.

Such reactions may also tempt some to take the simplistic “blame it on China” mentality. We may even try to lie to ourselves and say that it’s really just a Chinese problem. We’re seeing a bit of that already.

That’s why the coronavirus may become a gateway to triggering other maladies that plague the human condition.

With a long, highly contagious, and asymptomatic incubation period, it’s the perfect catalyst for triggering other dangerous human contagions: fear, rage, and prejudice.

To a certain degree, all of those reactions are understandable. In some cases, they’re even rational. But to take them on as a way of viewing the world—or to regard our Asian brothers and sisters in a disparagingly and inhuman manner—would be a gross moral injustice.

But certainly, with the coronavirus, fear is a rational response. The virus is a potential death sentence for those who contract it. There’s no room for wishful thinking here.

And let’s be honest. Fear is not only rational in this instance, it’s a hardwired element of our makeup. Indeed, it’s a required response, a self-preservation mechanism. Without fear, one walks into a den of lions and, in most cases, is devoured.

The key is to control our fear, and not let it control us or define us as human beings. We must channel it into deliberate and positive actions that lead to a resolution of this potentially global challenge. We must not be paralyzed by it or allow it to de-humanize us.

What’s more, though the facts of the coronavirus outbreak are still emerging, it’s apparent that the Chinese Communist Party (CCP) leadership failed to act to contain the disease.

The Chinese regime delayed even publicly acknowledging or responding to the outbreak for a month or longer. This is one more tragic demonstration in a long line of catastrophic failures and deadly consequences of communist dictatorships. Also, we know from reliable reports in China that a cover-up has been in place from the beginning of the outbreak.

The same principle of perspective applies to prejudice. This is especially true of racial prejudice.

Prejudicial thoughts and emotions come too easily for us—all of us. That, too, is an aspect of human nature that must be acknowledged and kept in the proper perspective. It certainly doesn’t require the threat of a deadly pandemic to trigger prejudicial emotions in people, but it’s an undeniably powerful influence, isn’t it?

But that doesn’t mean that all prejudice is wrong or out of place. A Berlin Jew in 1938, for example, may have rightly figured that anyone in a Nazi uniform posed a life-threatening risk to him or her. No Jew needed to “get to know the person” in the uniform—the uniform itself said it all, or at least enough of who that person was, what they believed, or what they were willing to do to Jews. In that kind of context, prejudice is a lifesaver.

But prejudice against a whole race simply because this disease was spawned in China is wrong and out of place. We don’t condemn suffering people. We help them.

The remarkably ironic thing about fear, especially deadly fear, is that without it, we’d have no need for courage. For what is courage but the overcoming of fear, sometimes for the benefit of ourselves alone, but more often for the benefit of others. Courage will overcome fear, if we allow it.

That’s also why compassion is often accompanied by courage—caregivers helping the very sick must be courageous enough to do what they do. They overcome their fear in order to compassionately care for another human being, even though they’re putting themselves at risk.

Wisdom and Clarity of Purpose

We must first act with wisdom and clarity of purpose to not only stop this dreaded scourge, but also assign the blame to whom it belongs. Blame does not belong to people who happen to be Asian.

However, compassion doesn’t mean we don’t take all the necessary actions to contain this plague. We must have the courage to do what is necessary.

Are travel restrictions to and from China necessary? Yes.

But so is compassion and human dignity for those suffering. And just as importantly, we treat those among us who are of the Asian race, as well as our family members, neighbors, friends, co-workers, or whomever, with humanity and dignity, just as we want to be treated.

And what of those responsible for this potential global pandemic?

We know that both arrogance and fear rule the hearts and minds of the brutes in the CCP who have forsaken their own humanity for a few years or decades of power and luxury. This outbreak is just one more bitter fruit of the poisonous harvest that they’ve brought down upon their fellow countrymen and, potentially, the rest of the world.

Express your righteous condemnation, vehemently and categorically. But regardless of its origin or cause, the coronavirus is here. Therefore, let us be courageous, compassionate, and fierce in fighting it and defeating it.

But let us not go down that long, dreary path of racial antagonism that is so much of a part of human history.