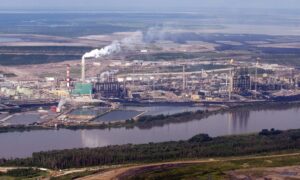 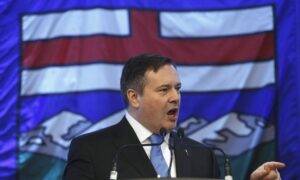 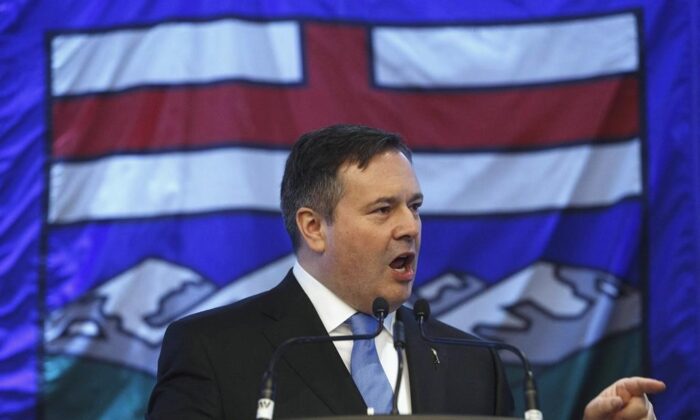 EDMONTON—Premier Jason Kenney says the novel coronavirus outbreak is hammering Alberta’s economy and may force his government to abandon its core election promise to balance the books by 2023.

“It does appear, based on all evidence right now, that there is a significant global economic downturn beginning right now,” Kenney said on March 6 at an announcement in Morinville, Alta.

“We Albertans are not an island. It is frustrating after five years of economic decline and stagnation, just as I think we were ready to see significant growth in 2020, to see this global downturn from the coronavirus.”

Asked if the outbreak could affect his promise to balance the budget within two years, he replied: “If there is a major, prolonged global downturn, that would obviously affect our plan to get to balance in that time frame.”

Balancing the budget in their first term was one of the top commitments from Kenney’s United Conservatives in last April’s election.

Notley, now Opposition leader, said while the COVID−19 outbreak has had an impact, reality is simply coming home to roost for the United Conservatives.

“Jason Kenney’s plan to balance the budget by 2022−23 was always based on a collection of fantasyland numbers,” Notley said at the legislature.

“It looks to me like he’s going to try to use this particular set of circumstances as cover for the fact that he introduced a budget that was absolutely not attainable.

“Let’s be clear: they’ve introduced two budgets with deficits that are larger than the last budget that we actually delivered.”

The budget introduced last week is based on West Texas Intermediate, the North American benchmark for oil, averaging $58 USD a barrel. It’s currently sitting around $42 a barrel. Every one dollar reduction takes $200 million out of Alberta’s budget.

Kenney said his government will manage the situation by continuing to keep spending flat on health and education, by trying to find savings, and by reducing operational spending.

“All we can do is manage what is within our control,” said Kenney. “This is why it’s particularly important that we continue on the path of fiscal responsibility.”

The NDP said the government is making a difficult situation worse by not funding for growth and inflation in health and education.

The government has said there is no money for teacher salary increases, is looking for wage and benefit cuts from nurses, and is bringing in changes to the way doctors are paid. Physicians have said the new rules will make it difficult for rural and family practices to continue, which will force more patients into already−crowded emergency wards.

Albertans pay the lowest overall taxes in Canada and have no sales tax. Kenney has rejected any kind of tax increase, saying it would be self−defeating in a fragile economy.

NDP finance critic Shannon Phillips said the government needs to reverse course on its corporate income tax cut to eight percent. She said the decrease is sucking billions of dollars out of the bottom line.