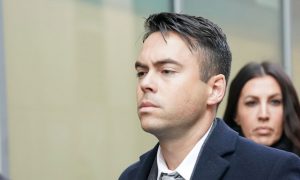 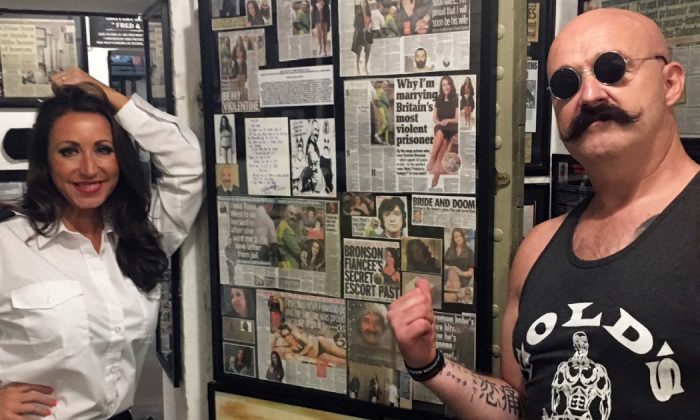 One of the nation’s longest-running soap operas lost one of its cast members on July 29.

Authorities discovered the body of Stoke-on-Trent Actress Paula Williamson at a house in Sneyd Green, 171 miles northwest of London.

Paula’s Management can confirm Paula as Passed away. Thank you for all the messages Paula’s Family will be deeply Touched. @JCMmanagement85

Staffordshire Police made the grisly find on Gordon Avenue at about 7 a.m. local time.

“A woman from Stoke-on-Trent who was found dead this morning (July 29) has been named as Paula Williamson, aged 38,” police said in a statement obtained by the Stoke-on-Trent Sentinel.

Officers do not believe the circumstances surrounding Williamson’s death are suspicious.

“A post mortem will take place to establish the cause of death, but the death is not being treated as suspicious,” police said. “A report is now being prepared for the Coroners.”

Williamson’s family members have been contacted about the body.

“Next of kin have been informed,” police said in a statement according to MSN. “The family have asked for their right to privacy to allow them to grieve at this difficult time.”

Williamson, 38, played an unnamed nurse on the Coronation Street television drama series and cared for character Jerry Morton (played by Michael Starke) after he suffered from a heart attack and became hospitalized at Weatherfield General according to Fandom.

You do that for Soph, Paula! 😍#Kevin #Sophie #Paula #Corrie pic.twitter.com/ksfyVwVnRb

The actress made headlines when she married controversial former prison inmate Charles Bronson, 66, while he was still serving time at MP Wakefield back in November 2017. The Daily Mirror reported Bronson remained handcuffed to a prison warder for the entire two-hour wedding ceremony.

However, their relationship quickly soured, and Williamson was still allegedly waiting for their marriage to be declared null and void when she died according to an interview with mother Hazel.

“Paula put weight on, and he called her a ‘fat cow,’ and that was the beginning of the end,” Hazel, 80, told the Daily Mail.

For those who have asked about the status of my marriage, I confirm we are getting annulled. It’s sad but we both need to move on. We remain friends x @TheSun https://t.co/lOqJ5Dw7As

The marriage reached its breaking point when the husband allegedly saw an intimate photo of Williamson with another man while she was vacationing on the Spanish-occupied island of Tenerife, 62 miles west of Morocco.

Hazel confirmed the annulment of their marriage, which is due any day, did not arrive before Paula’s body was discovered at around 7 am in the Sneyd Green area of Stoke-on-Trent.

“I could not understand what had possessed her,” Hazel said according to the Daily Mail. “I had never heard of him but, when I knew, I thought ‘for goodness sake,’ it was unfathomable.”

On social media, her fans and colleagues paid their respects.

“Gutting to hear the news that Paula’s passed away,” Anthony Thomas said on Facebook. “I was only speaking yesterday with Lee Wortley about her as he was currently writing her book with her. Rest in peace.”

Wortley was also surprised by Williamson’s life being cut short.

“For some outlandish reason just a few weeks ago she made me promise that if anything was to happen to her, I would carry on the work we had started and finish writing her book – and I never break a promise,” he said on Facebook. “For the treasured time I knew you, you were a warm, reliable, and steadfast friend—the like of which most people would have to search a lifetime to find.”