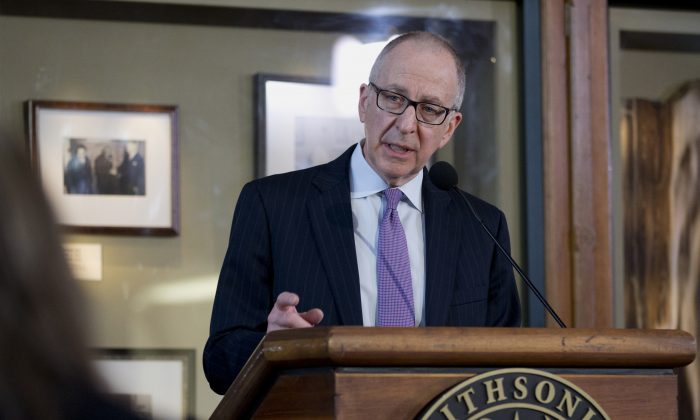 One of the nation’s premier cultural institutions, the Smithsonian Institution in Washington, D.C., has chosen a new leader. On Monday, Dr. David Skorton was named as the next secretary of the Smithsonian. Skorton is currently president of Cornell University in Ithaca, N.Y., and will start his new position in July 2015.

Skorton, 64, a board-certified cardiologist, will be the Smithsonian’s first physician leader. He is known for his skill at fundraising; since his time at Cornell began in July 2006, his team has raised more than $5 billion.

He was described as “an ardent and nationally recognized supporter of the arts and humanities” by the Smithsonian in its announcement about his appointment.

Skorton was also lauded by New York Gov. Andrew Cuomo on Monday for other achievements he has made in New York state.

“Dr. Skorton has been a tremendous asset to the State of New York in a number of different capacities,” said Cuomo in a statement. He pointed to the work he did with the New York Racing Association to bring reforms to the state’s thoroughbred racing industry.

The Smithsonian was founded in 1846 and is the largest museum and research complex in the world, with 19 museums and galleries as well as the National Zoological Park.