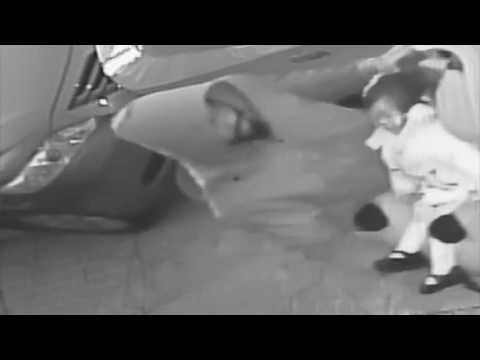 Cops: Man Stole SUV With Toddler Inside, Put Her on Sidewalk

PHILADELPHIA—Philadelphia police say they are looking for a man who stole an SUV with a 1-year-old girl inside and later left her on a sidewalk.

Police say the child’s mother was leaving the laundromat where she works Thursday night and had put the toddler in a car seat when she ran back into the business to get her daughter’s toy.

Investigators say as the woman exited the store, she saw a man take off in her SUV. She tells police she chased the vehicle on foot, screaming and banging on the window until it sped off.

Police released surveillance footage of the suspect placing the child, still strapped into the car seat, on a sidewalk a few blocks away.

A passerby found the child. The girl was unharmed.