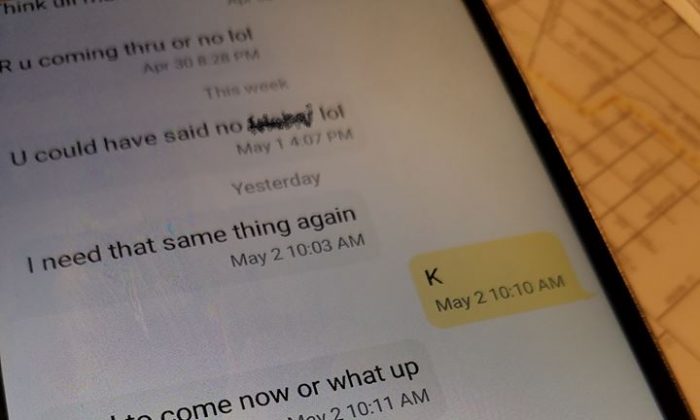 The Alliance, Ohio police department took to Facebook on May 3 to beg arrested drug dealer’s clientele (who apparently are meth users) to stop calling his phone.

Police said they got permission from Notman to go through the contacts in his phone.

“We have his phone and are trying to read all your texts requesting drugs and going through all of his contacts (with his permission) but you keep calling and texting and it’s really annoying.”

The department added that Notman is “out of drugs for tonight.”

The police department also notified the public that Notman has a “terrible” ringtone, but they didn’t reveal what the ringtone was.

“Hey, you didn’t answer the most inquiring question. What’s the ringtone? asked a Facebook user.