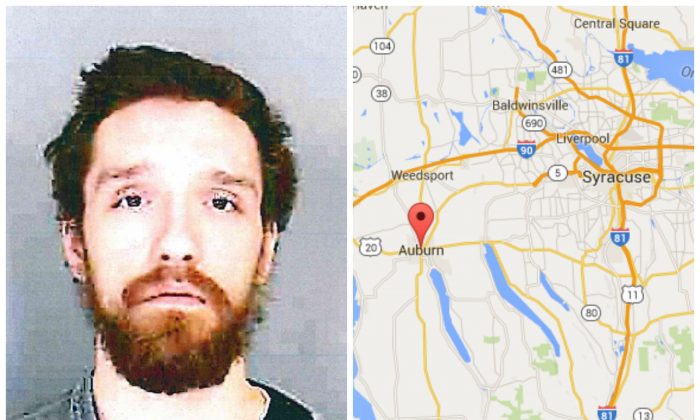 AUBURN, N.Y.—Police say a 24-year-old central New York man who admitted to being involved in about 100 thefts has been arrested again after robbing a woman.

Auburn police say Kenneth Lafler was arrested after he jumped into a woman’s car Monday night and stole her purse. Officers say the victim recognized Lafler because he had been charged with breaking into her car two months ago.

He was released after posting bail on Feb. 3.

Lafler is being held in the Cayuga County Jail on the latest charges, which include robbery and grand larceny.

Police say after his arrest in December on burglary charges stemming from the car break-in, Lafler admitted to his involvement in nearly 100 open cases in which items were stolen from vehicles.

It couldn’t be determined if he has a lawyer.