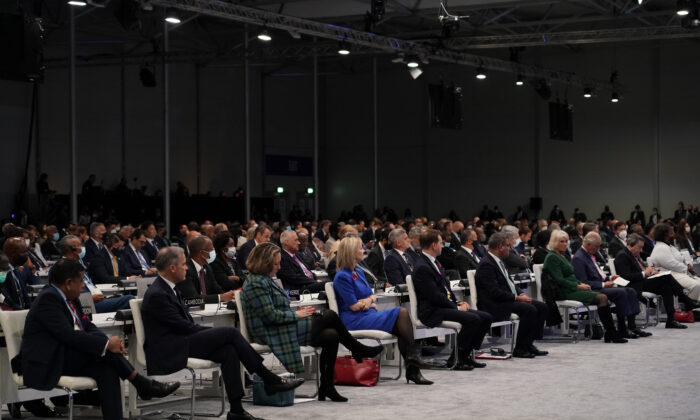 Canada and at least 24 other countries have committed at the COP26 climate summit to end all public financing for fossil fuel projects abroad by the end of 2022, despite the absence of major Asian countries that contribute to a bulk of such financing.

The decision came Nov. 4 at the United Nations climate change conference, where the 25 countries signed a pledge to prioritize support for a “clean energy transition.”

“We will end new direct public support for the international unabated fossil fuels energy sector by the end of 2022,” said a joint statement from the signatory countries.

At the UN climate summit, at least 23 countries also made new promises to phase out coal power, including five of the world’s top 20 coal power-using countries. Major international banks also committed to end all international public financing for coal power by the end of this year.

This would cover coal, oil, and gas projects that are “unabated”—meaning the burning of fossil fuels without using technology to reduce the resulting CO2 emissions.

Exemptions will be given to unspecified “limited” circumstances, which must be consistent with the Paris Agreement’s target to cap global warming at 1.5 degrees Celsius, said the joint statement.

A United Nations press release called the deal “a historic step” that has “set a new gold standard” on the alignment of international public finance with Paris targets, adding the move sends a “clear signal” for private investors to follow.

Together, the countries that signed the pledge would shift roughly US$18 billion in public support for fossil fuels into a clean energy transition, said the release.

Oil Change International said that many Asian countries have yet to join the deal, while these “laggards,” such as China, Japan, and South Korea, are in fact major contributors of fossil fuels financing in the G20, and together accounted for 46 percent of the G20 and Multilateral Development Banks finance for fossil fuels.

Germany, Spain, and some of the largest EU fossil fuels financiers are also missing, the group said.