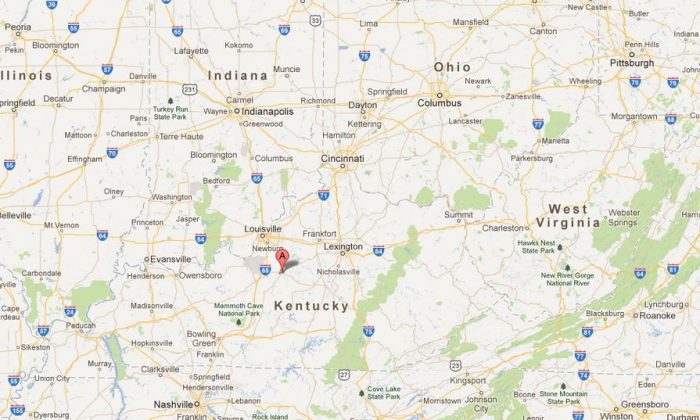 A Google Maps screenshot shows the location of Bardstown, Kentucky.
US

Cop Killed in Ambush in Kentucky

A Kentucky cop was shot and killed in a roadside ambush near Bardstown on Monday, it was reported.

Officials are currently investigating the circumstances surrounding the death of K-9 Officer Jason Ellis, 33, who was assaulted on his way home at 2:53 a.m., reported ABC News. He was removing debris from the roadway and was shot multiple times in the incident.

“It wasn’t a traffic stop that went bad. It wasn’t an arrest that went bad,” Bardstown Chief of Police Rick McCubbin told the broadcaster. “That someone actually took the time to plan it and set it up makes it that much more, obviously hurtful, but it makes you mad.”

Officials say they are unsure if Ellis was the intended target or someone else.

“Someone planned this, and someone planned to shoot someone at that spot and at that time,” Kentucky State Police Master Trooper Norman Chaffins said on Sunday, reported NBC News.

Officials suspect that someone placed the debris in the road to set up the assault.