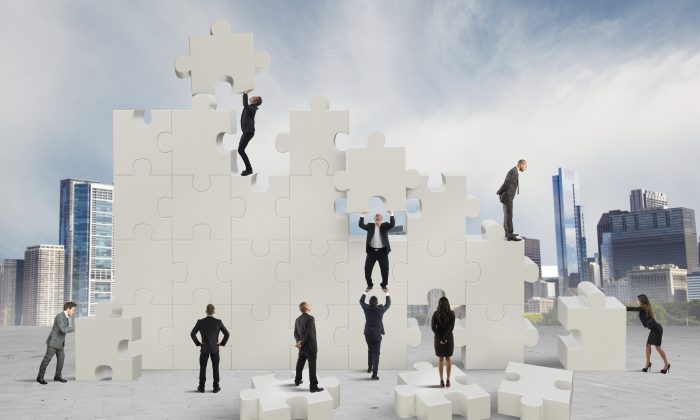 "Our results suggest that, surprisingly, the visibility of others' wealth may have more of a social impact than the actual inequality of wealth," says Nicholas A. Christakis. (alphaspirit/iStock)
Life & Tradition

Cooperation Declines When We Can See Wealth

The economic gap between the rich and poor becomes even wider when the inequality becomes visible, report researchers.

“In our experiments, making wealth visible was a very corrosive force; doing so reduced cooperation and widened economic inequality. It resulted in the rich exploiting the poor,” says Professor Nicholas A. Christakis, director of the Yale Institute for Network Science (YINS) and senior author of the study in Nature.

“Our results suggest that, surprisingly, the visibility of others’ wealth may have more of a social impact than the actual inequality of wealth,” says Christakis.

I would say, ‘If you are watching others’ wealth, watch out.’
— Akihiro Nishi

The interactions in the experiments involved a series of cooperation games, in which participants were given an initial endowment (some received more than others) and then interacted in ways that increased or reduced their wealth.

“Most previous experiments exploring cooperation have ignored inequality,” says coauthor David Rand, an assistant professor of psychology, economics, and management at Yale, and director of Yale’s Human Cooperation Laboratory. “But human societies are typically very unequal, today more than ever, and so understanding the impact of inequality is of great importance.”

The experiment provided a rare opportunity to conduct social research in a controlled, laboratory environment. Most research into the nature of something as complex as economic inequality is forced to rely on statistical analysis of observed data.

“We wanted to do a laboratory experiment to address this important topic,” Christakis says. “What are the fundamental consequences and causes of economic inequality? How does inequality, and visible inequality in particular, affect people’s wealth, cooperativeness, and social interactions? This experiment allows us to isolate some of these things.”

Akihiro Nishi, an associate research scientist and the paper’s first author, called visible wealth “the dragging force” in the experiment. “What we did was try to understand the behavioral impacts of inequality at the individual level,” Nishi says.

The experiment also shows other negative effects of visible wealth. As the chasm between rich and poor grew more pronounced, social networks saw lower levels of interconnection, cooperation, and overall wealth. The same was not true in social networks where individual wealth remained hidden.

Why does this happen? The researchers said visible gaps in wealth might set off neurological and psychological processes that undercut social cooperation. People may begin to perceive their financial status as a competition, for example.

“These are complicated interactions,” Nishi says. “I would say, ‘If you are watching others’ wealth, watch out.'”