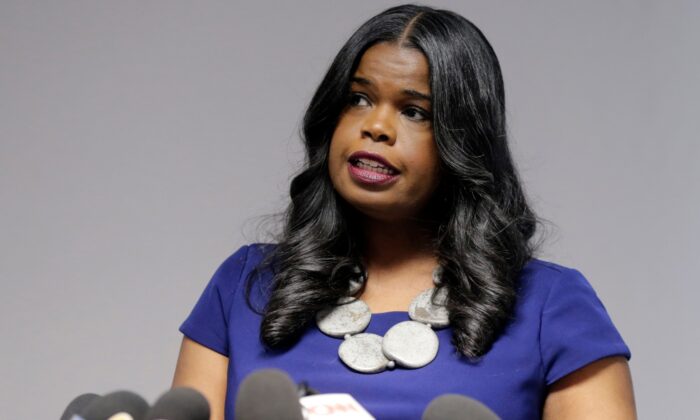 A veteran prosecutor from Illinois has resigned, issuing a letter in which he criticized Cook County State’s Attorney Kim Foxx for caring more about political narratives than victims of crime.

Assistant Cook County State’s Attorney Jim Murphy issued the resignation letter following 25 years of service. In it, he cites a meeting with Foxx a few months back in which she criticized some of his bond hearings.

One of them was about a woman gunned down in crossfire while walking to a store. The hearing involved only gun possession charges. Foxx told Murphy that she was upset after reading a newspaper headline titled “Man won’t face murder charge under the SAFE-T Act.”

Foxx was worried about the headline as she was getting “heat” from her backers, the letter said, according to CWB Chicago. She “never voiced any concern” that an innocent woman was shot and killed yet nobody was going to face a murder charge.

“This Administration is more concerned with political narratives and agendas than with victims and prosecuting violent crime,” Murphy said.

According to Murphy, he began thinking about leaving his post in January 2021 when the SAFE-T Act was passed, with a controversial provision that abolishes cash bail.

While Murphy clarified that he is in support of eliminating cash bail since no person “should sit in jail solely because they can’t afford to pay for bail,” he was surprised at “the rush” on an issue so important. After he voiced his concerns, Murphy realized that the administration’s “Mission, Vision, and Values” were “just a PR stunt.”

“I wish I could stay … However, I can no longer work for this Administration. I have zero confidence in their leadership,” Murphy said in the letter.

The Epoch Times has reached out to the State’s Attorney’s Office.

The provision to abolish cash bail in the SAFE-T Act has come under fire, with some warning that the measure will allow violent and dangerous criminals back on the streets while tying up prosecutors who might want the accused behind bars prior to a conviction.

According to the act, every defendant “shall be presumed eligible” for pretrial release unless “clear and convincing” evidence to deny the release is presented by prosecutors. The state is obliged to provide suspects with a hearing within 48 hours to determine whether they can be released.

James Glasgow, a Democratic Will County state’s attorney, pointed out that it is almost impossible to provide such evidence within 48 hours. It requires reviewing surveillance and body cameras and other processes which take a lot of time, he said, according to Capitol News Illinois.

The provision to end cash bail comes into effect in January 2023. The SAFE-T Act also requires all departments to have body cameras by 2025 and makes changes to use-of-force standards.