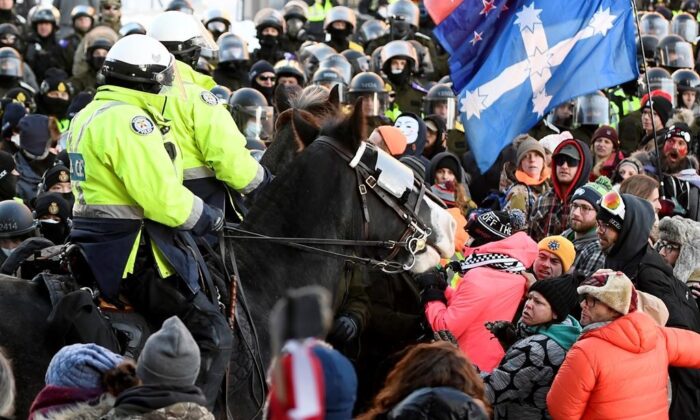 OTTAWA—The commissioner of the inquiry examining Ottawa’s use of the Emergencies Act to bring an end to the “Freedom Convoy” protest in February has granted standing to the organizers, police, and representatives of all three levels of government.

The decision by Paul Rouleau released on Monday means those granted standing will be given advance notice on information submitted into evidence before the inquiry, and also gives them certain privileges, such as the opportunity to suggest or cross−examine witnesses.

Those granted full standing in the public inquiry include the federal, Alberta, and Saskatchewan governments, the cities of Ottawa and Windsor, Ont., the Ottawa Police Service, Ontario Provincial Police, and the organizers of the convoy, including Tamara Lich, Tom Marazzo, and Chris Barber.

Former Ottawa police chief Peter Sloly will be allowed to produce documents, make submissions on factual, evidentiary and policy−related issues, and examine witnesses, and the Manitoba government has been granted permission to provide written submissions.

However, Rouleau denied standing to the Conservative Party of Canada and several participants of the protests, some of whom had their bank accounts frozen under the Act.

Rouleau said it is important that the inquiry remain an independent, non−partisan process, noting there is also the Special Joint committee of the Senate and House of Commons on the Declaration of Emergency reviewing the use of the act’s powers.