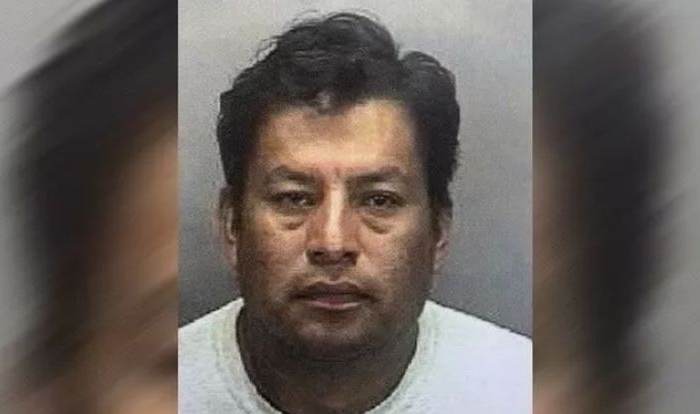 Federal immigration officials arrested an illegal alien who is a registered sex offender in North Carolina on July 24, one month after Orange County officials released him from custody without informing the U.S. Immigration and Customs Enforcement (ICE).

Udiel Aguilar-Castellanos, a Mexican national, was arrested in the town of Carrboro, said ICE in a statement on July 25. Aguilar-Castellanos agreed to plead guilty to two counts of sexual battery on June 27, for sexually abusing a pre-teen girl and had to register as a sex offender as part of a plea deal to avoid prison. He was released by Orange County officials that same day.

ICE criticized Orange County officials for their refusal “to honor an ICE detainer and instead released him from local custody in June without any notification to ICE,” the statement read.

Reports indicated that he was previously convicted of driving while intoxicated in 2014, but he avoided being deported from the United States for three years. A federal judge gave the order for his removal in 2015.

The incident allowed a “convicted sex offender” to “pose a public safety threat to North Carolina residents for nearly a month until his capture” by ICE, said officials.

“Nearly 90 percent of all foreign nationals taken into ICE custody this year were targeted following their criminal arrest. Despite efforts by certain groups to misrepresent this reality, the fact is ICE continues to focus its enforcement efforts toward criminals and public safety threats,” ICE Atlanta Field Office Director Sean Gallagher said in a statement.

ICE added that more than two-thirds of those arrested in 2018 by the agency were convicted criminals.

“We are deeply disturbed by the heightened fear and disruption to families that these raids have caused,” a statement from the town said at the time. “We want to be clear that the Chapel Hill Police Department did not and will not participate in these actions.”