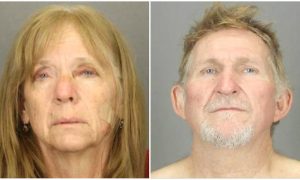 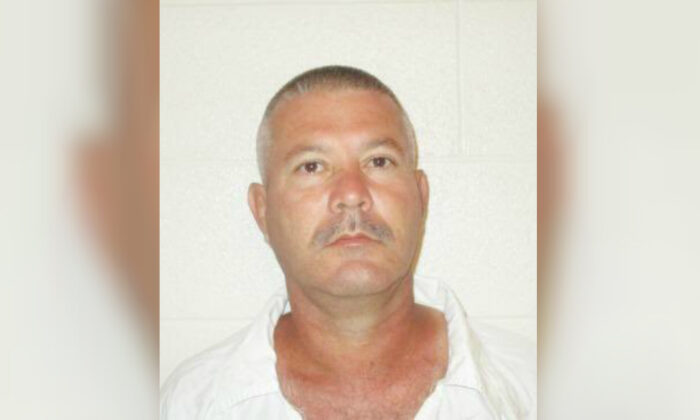 Calvin Adams, who is serving a life without parole sentence, escaped from the East Arkansas Regional Unit in Brickeys, authorities said on Sept. 30, 2019. (Arkansas Department of Corrections)
US News

A man convicted of murder escaped from a prison in east Arkansas on Sept. 30, authorities said.

Calvin Adams, who is serving a life-without-parole sentence, escaped from the East Arkansas Regional Unit in Brickeys, the Arkansas Department of Corrections said early Monday.

Adams was confirmed to have escaped when a unit-wide count was conducted, authorities said.

***ESCAPE NOTIFICATION***
Inmate Calvin Adams # 105046 has escaped from the East Arkansas Regional Unit in Brickeys. Adams is doing a Life Without Parole Sentence out of Greene County. Anyone with information on his whereabouts is asked to contact their local law enforcement. pic.twitter.com/86D8FsAeeh

According to KAIT, the unit-wide count was conducted at 4:30 a.m. and K9 teams began searching the area minutes after Adams was discovered missing.

Adams has escaped prison before. In 2009, he and another inmate escaped while wearing prisoner-made guard uniforms and using fake identification badges.

Both were later captured in upstate New York.

Adams and the other man, Jeffrey Grinder, were both sentenced to an additional six years in prison, the Arkansas Democrat-Gazette reported. They were moved to a supermax unit in 2009 after being captured.

“Their movement is severely restricted. They eat and shower in their cells. They can come out for an hour a day for exercise, but they do not go to an open recreation yard,” an official said.

“Whenever they are out of the cell, they are cuffed and shackled and two officers escort them at all times. At Cummins, they both had jobs and some movement within the institution. That’s gone.”

Adams also escaped another time earlier this year but was later captured.

Search underway for inmate who escaped the East Arkansas Regional Unit early this morning. The escapee has been identified as 49 year old Calvin Adams. Anyone with information, contact your local law enforcement. @Region8News @YourRegion8 @DestinyQuinnTV @TiffanyNeelyTV

According to a 2005 study published in the Prison Journal, statistics for prison escapes aren’t widely available.

“Although prison escape raises public fear and causes greater scrutiny of the correctional system, there is a lack of cohesive data on prison escapes and official records on prison escape are simply not maintained on a standardized basis,” author Richard Culp wrote.

Using data from different sources, including newspaper accounts, Culp found that about 3 percent of all inmates escaped at some point during their prison term and on an annual basis approximately 1.4 percent of the prison population escapes confinement.

The overwhelming majority, 88.5 percent, escaped from minimum-security facilities. The prison escape rate declined from 1988 to 1998 even as the prison population increased, the study found.

A number of states keep statistics of prison escapes. According to data from South Carolina (pdf), for instance, prison escapes peaked at 115 in 1993 and fell to a record low of five in 2017. The record-low figure staed the same in 2018 and so far in 2019, the government said.