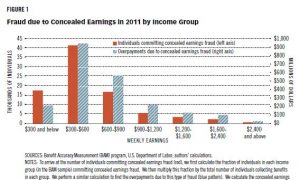 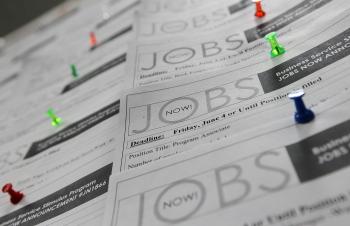 Job listings are posted on a bulletin board at the Career Link One Stop job center in San Francisco. (Justin Sullivan/Getty Images)
Southern California

A trio of Southern California felons—including a convicted murderer—were charged with allegedly swindling the state for unemployment benefits during the CCP virus pandemic.

Rosalva Bahena, from Fullerton, was among those charged for allegedly conspiring to defraud the Economic Development Department (EDD). She had previously served three years in prison after pleading guilty in 2017 to carjacking. A plea bargain deal led to the dismissal of charges for kidnapping, car theft, and buying or receiving a stolen vehicle.

She was most recently arrested on Jan. 4 and charged with three counts each of perjury and false statement or representation or concealment and money laundering, as well as a count of conspiracy to defraud another of property, all felonies. She is being held in an Orange County jail without bail.

Galindo, 49, is serving time for attempted murder and will be eligible for parole in 2031. Rodriguez, 53, is serving a 110-year sentence for strangling his neighbor, a 43-year-old woman.

Both men are now facing additional charges of false statement or representation or concealment and conspiracy to defraud another of property.

Galindo is also facing a money laundering charge. He’s accused of filing for unemployment benefits and falsely claiming the loss of a full-time job last August due to the pandemic.

“I am estimating here it’s going to be in the double-digit billions, 10, 11, 12 billion dollars of taxpayer funds that have been essentially stolen through fraud. To my knowledge, it is the largest fraud in the history of California,” Hestrin told The Epoch Times.

“It looks like people are just signing up online with minimal information. But nobody is verifying if that information is real, and they give an address, submit the application online, the state will in a short order send out a debit card with money on it.

“People that are already in prison, they don’t fear any consequences for stealing, so this is a free crime in a sense.”