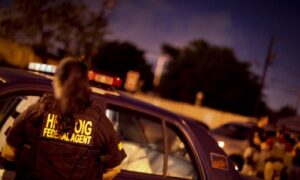 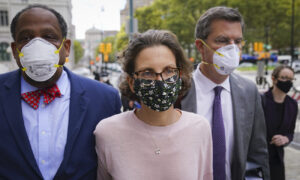 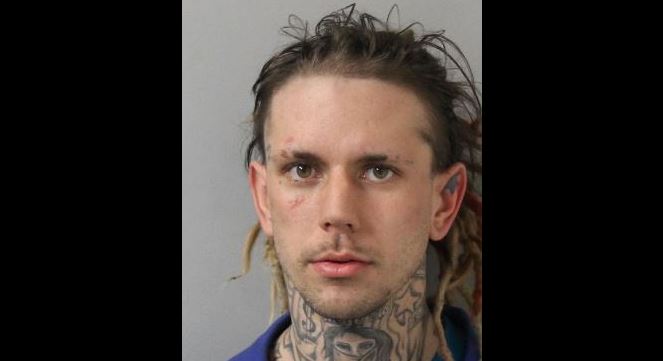 A convicted felon was shot by the owner of a house he tried to rob, according to police in Tennessee.

Terry Adams Jr., 27, was shot and killed after allegedly breaking into the home of Brent Bishop, 43, reported the Nashville Police Department.

Bishop was outside his house on Wednesday night when he witnessed two strangers enter the house through a rear door and hit his wife in the face.

Bishop rushed to the house and entered the kitchen, where he was hit on the head by one of the robbers. He was then ordered to open his gun safe and hand over three long guns and a pistol.

Bishop’s wife fled to a neighbor’s house while this was occurring. Soon, the robbers left.

Bishop went to another room in the house and retrieved a pistol, then went outside looking for his wife.

Bishop encountered the robbers and fired on them, killing Adams.

The second robber dropped the guns and fled. He has not been caught as of yet.

Bishop is now in the hospital with a skull fracture from being hit with a blunt object by the robbers.

The Bishop residence was previously burglarized on Feb. 8 when a flat screen television was taken. Adams is a suspect in that robbery, according to the police.

Adams has multiple convictions including auto burglary, felony theft, and aggravated assault. He also pleaded guilty in July to felony meth possession for resale and unlawful gun possession by a convicted felon.

“He was allowed to plead guilty last November to two misdemeanors in General Sessions Court and was placed on probation. At the time of Wednesday night’s home invasion, Adams was wanted on two probation violation warrants issued on March 20th,” the Nashville Police Department stated.

The police are still investigating the case and searching for the second robber.

A neighbor told WFSB that he was surprised the crime happened.

“Your life is kind of flashing before your eyes a little bit,” he said. “There’s a lot of kids in this neighborhood, a lot of older people too. It’s usually a quiet neighborhood.”

“There’s a lot of good people around here,” he added. “This is not something you expect at 8:30 at night on a Wednesday.”