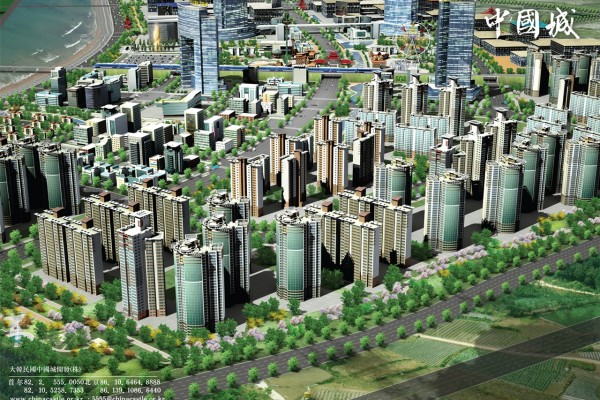 Customers, most of whom are Chinese, rest at a duty free store in Jeju, South Korea, 29 May 2015. (Imaginechina via AP Images)
China

Pyeongtaek, a major port on South Korea’s western coast, is a logistics hub near Seoul, the capital, and one of the state-designated outlets for the country’s burgeoning trade relations with China.

But for the locals, things may be getting too close for comfort. On June 16, South Korea’s Yellow Sea Free Economic Zone approved an ambitious project that, if completed, would give the country the world’s biggest—and perhaps most insular—Chinatown. The 500-acre project has met with backlash from local media, residents, and even members of the preexisting Chinese-Korean community.

Unlike the Chinatowns in Seoul and Incheon, which grew in natural interaction with their greater cities, the Pyeongtaek proposal would have a relatively isolated community of luxury hotels, apartments, shopping malls featuring international brands and duty-free shops, a K-pop performance hall, renowned international schools, and medical facilities.

Korean netizens expressed disapproval and incomprehension at the plans. Some raised fears that Pyeongtaek would end up like the island of Jeju to the country’s southwest, which was rapidly overrun by the Chinese tourism industry.

Jeju, with a population of about half a million, has seen extraordinary success in attracting mainland Chinese tourists as part of an effort to help the island province’s struggling economy in recent years.

It hasn’t been without downsides. Local newspapers and commentators began to accuse Chinese investors of “invading” Korean land, developing the properties to excess, and neglecting impacts on the natural environment.

Another common local grievance targets the tourists themselves—having been introduced by Chinese, not Korean travel agencies, it is thought that the visitors are more prone to violate traffic laws, jaywalk, litter the ground with cigarette butts, and only dine and spend money at Chinese establishments.

“They only spend money among themselves,” one netizen wrote, “and will be of no help of our economy.”

According to Mr. Kim, an ethnic Korean of Chinese nationality, the diminishing returns of buying up real estate in China has led many wealthy Chinese to reinvest their assets abroad, including in South Korea, where there are growing opportunities for business.

The Pyeongtaek Chinatown proposal calls for plans to cooperate with 20,000 physical and online shops in prominent Seoul shopping districts to better market their products to Chinese and Chinese expatriates.

Kim is optimistic about the expansion of Sino-Korean trade through the new Chinatown. Citing the multiple electronics industries and concentrated U.S. military presence in the area, he believes that Pyeongtaek, which has a population of about 430,000, holds great developmental potential. The land is cheap, making it an opportune location for Chinese investment.

Criticism of the plan is unfair, Kim said, as the Korean economy is already tied to China, and that Chinese tourism has undeniably helped local businesses. Impolite or insensitive behavior, he noted, is unfortunate, but does not negate the long-term value of building the Pyeongtaek Chinatown.

But not all Chinese who work in Korea agree. Mr. Wang, a Chinese expatriate who runs a business in Incheon, feels that the Pyeongtaek proposal is likely to fail. He says he turned down an offer for him to invest in the project.

He thinks that Koreans became disillusioned with Chinese investors after experiences with Chinese tourism on Jeju island, where once-enthusiastic investment policies have been slowly reversed.

“The uncivilized behavior of us Chinese is unwelcome everywhere. Not just Koreans, even us overseas Chinese who have been abroad for a long time cannot bear it,” Wang said, saying that decades of communism destroyed the traditional cultural norms that had once made China a nation respected for its superior virtue.

“Many Koreans are against building the Chinatown in Pyeongtaek,” he continued, speculated that this resentment would make it difficult to carry out the plans. “Things here are different from how they are in China. It’s a democratic country and the government has to do things according to how the people decide.”