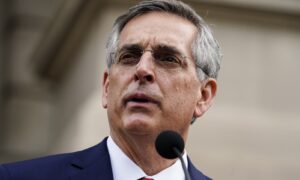 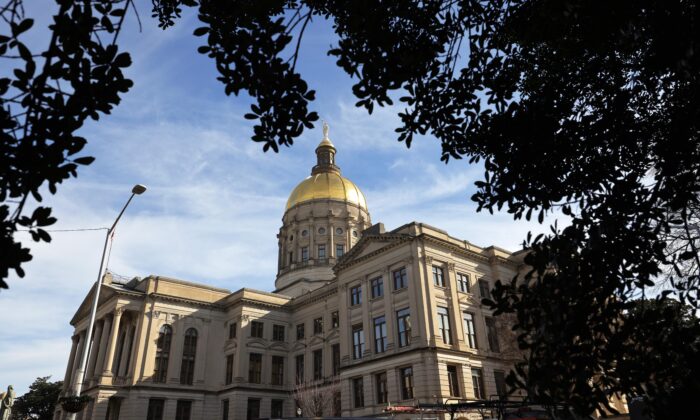 Voices of the American establishment, from celebrities to corporate executives, have recently been raised in condemnation of the state of Georgia for the recent overhaul of its voting laws.

While some of the criticism is based on false information, the main objection relates to voter identification—a measure long opposed by the Democratic Party.

The Georgia law expands voting options, such as early voting and ballot drop boxes, beyond the status quo, and is more permissive in some regards than some Democratic strongholds, such as New York. The core integrity measure at issue appears to be the demand for voters to provide identification in order to cast a ballot not only in person, but also as an absentee.

While voter ID laws are common in Republican-leaning states, they don’t necessarily extend to absentee voting. Georgia set up the requirement after the massive increase in absentee voting in the 2020 general election.

Voter ID laws are fiercely opposed by Democrats, who call it a form of “voter suppression” due to some Americans not having proper documentation. In a commonly cited 2006 survey of about 1,000 adult citizens, 11 percent indicated that they didn’t have a current, nonexpired photo ID such as a driver’s license or a military ID (pdf).

However, the Georgia law allows the use of expired IDs for voting. Even attaching a utility bill or some government document with a name and address suffices for absentee voting, if one lacks other ID, according to Hans von Spakovsky, election law expert at the conservative Heritage Foundation.

States such as Georgia commonly offer voter IDs to people who lack one for a small fee or even free. But one usually needs several documents for such a process, such as a utility bill, Social Security card, and birth certificate. The last item in particular can be hard to obtain for some people since the national birth certificate system was only instituted in 1946. Before that, a lot of people never received one.

In Wisconsin, the American Civil Liberties Union (ACLU) for years litigated on behalf of one such person, Ruthelle Frank, who tried to obtain her birth certificate, but was told her name was spelled wrong in the records. It would have cost her some $200 and a bureaucratic procedure to have the mistake corrected, which she considered unfair. The state’s voter ID law withstood the challenge, although the ACLU managed to force the state to accept more forms of ID for voting.

With the passing of the Greatest Generation, much of the birth certificate argument vanishes, it appears. Frank died in 2017. A similar lawsuit in Georgia was tossed by a judge partly because the plaintiffs couldn’t produce even one citizen who wanted to vote but couldn’t easily obtain an acceptable form of ID.

Critics of voter ID laws sometimes argue that the laws discourage citizens who have IDs from voting. A survey after the 2016 general election in Wisconsin’s Milwaukee and Dane counties showed that about 11 percent of registered voters who didn’t vote either mentioned ID among the reasons why they didn’t vote or, based on the answers, didn’t have sufficient ID (pdf).

The published data don’t break down how many belonged to either category. An accompanying release says that “most of the people who said they did not vote because they lacked ID actually possessed a qualifying form of ID.

“The survey found considerable confusion about the law,” the release said.

If Wisconsin voters were poorly informed about what ID is acceptable, Georgia may be in a different boat. It’s had voter ID laws on the books since the 2008 election and managed to generate significant publicity about its current expansion of the ID requirement to absentee voting.

There may be a risk, though, that false information spread about the law misleads voters. President Joe Biden, for instance, repeatedly claimed the law makes polls close at 5 p.m. when, in fact, the law does no such thing. It says election offices need to be opened at least until 5 p.m. for early voting prior to Election Day. On Election Day, polls are to be open at least until 7 p.m., as usual.

The Georgia law also expands the state’s ban on electioneering outside polling places to ban the distribution of any gifts, including food and drinks, to people in line. The apparent intent was to prevent the use of food and drinks as a form of undue influence on voters.

But it would also prevent a charitable individual from offering water to people who sometimes need to wait several hours to vote. Voters would need to bring their own food and water, although the law allows poll officials to set up unattended water fountains for people waiting in line.