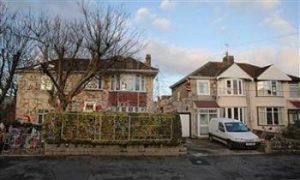 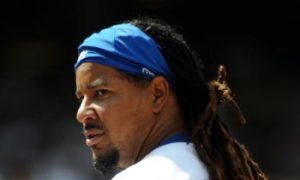 [xtypo_dropcap]A[/xtypo_dropcap] controversial touring exhibition that puts plasticized human corpses on display has run into financial troubles and said it can no longer afford to fund its own exhibits.

Premier Exhibitions Inc.’s Bodies… The Exhibition, which displays dissected cadavers in various poses, will no longer be taking the exhibit on tour after it ends its run in Winnipeg this week. However, the company left the door open to exhibits of its cadavers, on lease from China, so long as they received outside sponsorship.

Premier Exhibitions, which has come under frequent criticism regarding the source of the bodies used in the exhibit, maintain they obtained the corpses through the Chinese regime, but could not prove the bodies were not those of political prisoners or Falun Gong practitioners, who are imprisoned and persecuted by the regime in China, said media reports.

Critics argued that they were also unable to prove that family members had given consent for the bodies to be put on display.

During the show’s four-month run in Winnipeg, human-rights lawyers David Matas and Norman Boudreau, who represent the Vancouver-based Coalition to Investigate the Persecution of the Falun Gong (CIPFG), asked the province of Manitoba to seize and bury the bodies, citing a provincial anatomy law.

When the province said it did not have the legal authority, the pair asked the Manitoba courts to decide.

But now that the company has cancelled future exhibits the lawyers have dropped the call to have the bodies seized. Boudreau has said he will continue asking the court to rule on whether the province would have jurisdiction to seize such cadavers should the issue arise again.

He also said his client couldn’t afford the $250,000 required to store the bodies while waiting for a court decision on burial.

“If a similar situation in the future again occurs we will be able to rely on that decision,” Boudreau said. “Hopefully the government will change the law and require, like in New York, that exhibitors have to prove they have consent from the individuals who passed away or from their estates.”

Matas was nominated for the Nobel Peace Prize last year for his investigation into the illicit harvesting of the organs of Falun Gong practitioners in China. His research shows that after the persecution of Falun Gong started in 1999, organ transplants in China increased by thousands, with no explanation for the source. Between 2000 and 2005 there were 41,500 transplants conducted where no donor could be identified, as the persecution of Falun Gong believers continued.

In a CTV interview on Jan. 13 Matas said, “If the Chinese prisons and hospital system are killing people for their organs for money, they could be easily killing them for plastination, which is also a money-making venture… In my view it’s not up to us to prove that the sourcing is wrong, it’s up to them to prove that it’s right.”