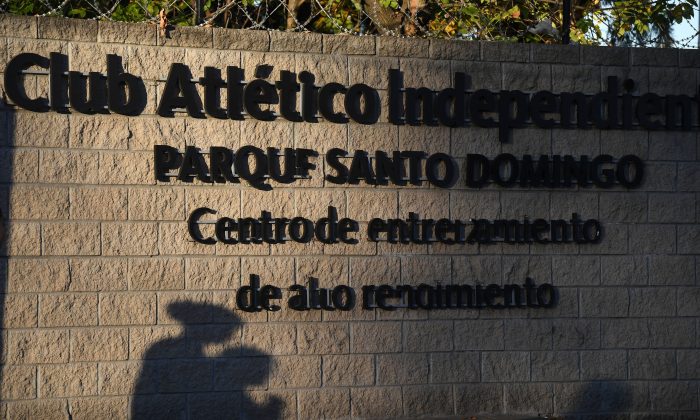 A reality TV star who was also a socialite and model, who claimed to have evidence of a VIP pedophile ring in Argentina has died at the age of 41 from a suspected drug overdose.

Controversial figure Natacha Jaitt, who climbed to fame as a contestant on Big Brother 12 years ago, was found dead in her bed in Buenos Aires the morning after a party, according to local media reports.

Preliminary autopsy reports said that the glamor model had cocaine residue around her nose, according to local media and that she died from a stroke, with “no sign of violence.”

However, her brother and lawyers are asking for further investigations believing that her death was a homicide.

Nine months earlier, after making accusations about a pedophile ring involving journalists and politicians, Jaitt had warned on social that if she was found dead from having taken cocaine, “it wasn’t me.”

The mother of two said she had recently received threats on her life and said that she had been raped in January.

She was known to be a former drug user but close family and friends insist she was no longer taking drugs, according to the Buenos Aires Times.

The Times wrote, “On social media and among entrainment reporters, conspiracy theories intensified about her having been murdered as a result of accusations she made in early 2018 that dozens of high-profile sports and entertainment personalities in Argentina were involved in an underage prostitution ring. On April 5 she said in a tweet, “WARNING: I am not going to commit suicide, I am not going to take too much cocaine and drown in a bath, or shoot myself. So if this happens, it wasn’t me. Save this Tweet,” she wrote in April 2018.

In April 2018, just days after explosive allegations about child prostitution at major Argentine football clubs, Jaitt had made a series of tweets and television appearances.

In a tweet just before her apparently prophetic warning about her own death, she wrote that that pedophilia was rife in media and political circles. She said that if she died in the attempt to expose it, there was a pen drive with evidence in her house.

The family said that there are inconsistencies in witness statements from the night of Jaitt’s death, according to InfoBae.

Alejandro Cipolla, Natacha Jaitt’s lawyer said he did not believe she died of natural causes. He said that her denunciations had included “very powerful people,” in a televisions interview, according to Infobae. “I think they killed her.”

“She constantly denounced acts of pedophilia in her social networks,” Cipolla said. He said she had handed over a pen drive to authorities, which has not yet been analyzed.

He also said that she no longer took cocaine due to warnings from health professionals. “She knew that if she consumed it she would die, so she would not take it under any circumstances.”

The world of Argentine soccer—a source of national pride and identity—was shaken in April with a series of accusations of pedophilia and child prostitution in two prominent teams at club boarding houses for the next generation of footballers.

Legal proceedings for that case are still in process.

Argentina’s Olympic Committee has also filed a legal complaint against a gymnastics coach who is accused of abusing a number of athletes.