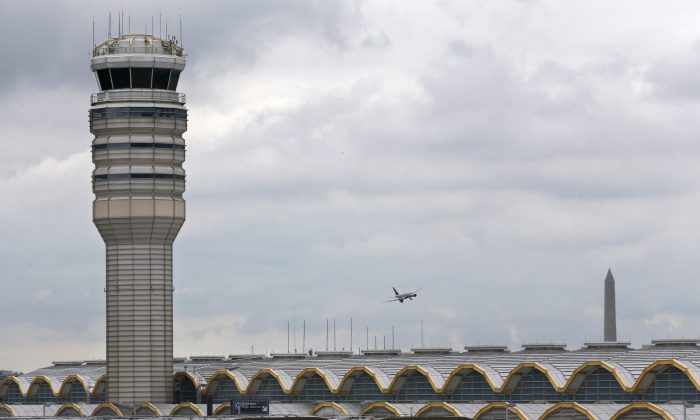 An airplane flies between the air traffic control tower and the Washington Monument at Washington's Ronald Reagan National Airport on Monday, Aug. 10, 2015. (AP Photo/Jacquelyn Martin)
US

Controllers Reveal Risk That Could Cause Plane Collisions

WASHINGTON— Air traffic controllers have exposed a problem that they say increases the risk of planes colliding or flying dangerously close.

The counsel said the problem occurs when pilots, air traffic control centers and airline dispatchers revise flight plans that have already been filed. The computers that controllers use don’t automatically identify that multiple flight plans have been filed. This can result in a controller clearing a flight for departure based on an outdated plan, and the pilots flying a route not anticipated or planned for by the controller.

The Federal Aviation Administration has confirmed the problem.