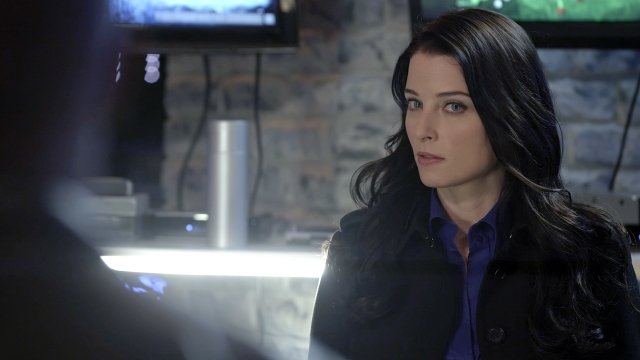 Continuum, one of the unheralded shows on television, still hasn’t been renewed for a season 4.

But the good news is that it hasn’t been canceled yet either.

The first concrete piece of news about a potential renewal came inside a larger story about shows filming in Vancouver.

“The science-fiction series Continuum, also set in Vancouver, is in limbo as talks proceed on a financial formula to allow it to continue in a fourth season,” The Globe and Mail reported.

Continuum is the type of series that fans of shows like Lost and Battlestar Galactica try to find. Its plot line is strong and the characters are superb.

A cancellation at this point would disappoint fans, but would stem from lower ratings. The ratings for Showcase don’t seem to be available but viewership dropped on SyFy from 1.2 million viewers per episode in season 2 to 0.85 million in season 3, including a drop in the key 18-49 demographic from 0.4 million to 0.27 million.

Nevertheless, producer Simon Barry and fans have been pushing for a renewal to resolve the mystery of what happens after the crazy season 3 finale.

The bad news is that if Showcase does not renew the show, SyFy will not be able to fund it alone.

“Probably not – the finances for Continuum only work for us if someone else is making it and we’re just acquiring the US rights,” studio executive Ted A’Zary said via Twitter.

If it does get renewed and is able to pick some ratings back up, Barry revealed earlier this year that there’s a plan for many seasons.

“We have always been driving towards the same destination we’ve just taken a lot more side trips than we planned. I’ve always thought that seven to ten seasons would be a great opportunity to tell the full breadth of the story that I had in mind and the writers have added to in the years since then,” he told Flickering Myth.

“You don’t get to choose that in this business so hopefully we will get that chance.”