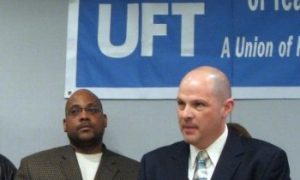 The $3.5 billion stock-swap agreement will create a new company called United Continental Holdings Inc., to be based in the company’s current headquarters in Chicago. The combined company would become the world’s largest carrier by airline traffic, surpassing current No. 1 Delta Airlines.

Aircrafts would operate under the United name with Continental colors and logos, the companies announced on Monday.

The combined company will benefit from synergies that could save the company more than $1 billion, in addition to lucrative, new routes. Continental has a valuable hub at New York’s busy Newark Liberty International Airport with numerous daily nonstop flights to Europe. United’s hub in Chicago and San Francisco gives the new company unsurpassed access to the lucrative North America-Asia routes.

"Building on our Star Alliance partnership, we are creating a stronger, more efficient airline, both operationally and financially, better positioned to succeed in a dynamic and highly competitive global aviation industry," said United CEO Glenn Tilton in a statement. Both companies are in the Star Alliance airline group.

The new company, if approved by U.S. antitrust regulators, would be able to cut some jobs and raise fares on certain routes not in direct competition with discount carriers, analysts say.

Current Continental CEO Jeff Smisek, 55, will become the CEO of the new company, while UAL CEO Glenn Tilton, 62, will be chairman, the companies said.

The merger between UAL and Continental is the latest in a string of mergers in the U.S. airline industry. Delta became the world’s biggest carrier after it acquired Northwest Airlines in 2008.

Pressure On American, US

US Airways ends up losing out in the deal, as UAL walked away from negotiations with US Airways on April 22 to engage in merger talks with Continental. US Airways is one of two remaining U.S. legacy major airlines in the United States, the other being American Airlines.

As for American Airlines, once the world's biggest carrier will now be third in the United States. The Fort Worth, Texas-based carrier may be forced to form new alliances either with OneWorld partners or other airlines to gain market share. American already has a slot-exchange agreement with JetBlue Airways at New York's John F. Kennedy International Airport.

“American helped originate the whole idea of alliances and partnerships,” said George Van Horn, of IBISWorld Inc. in a Bloomberg report. “If somebody should be good at it, you could make the argument they should be.”

Analysts also say that the industry shouldn't rule out a merger between US Airways and American.