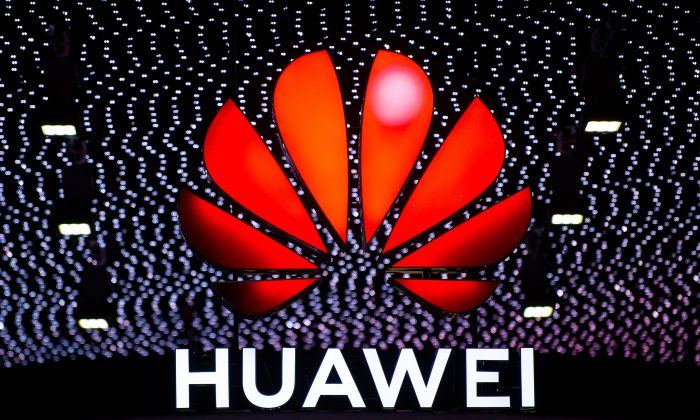 A Huawei logo displayed above the company’s booth at the GSMA Mobile World Congress in Barcelona on Feb. 26, 2019. (David Ramos/Getty Images)
Thinking About China

Can the United States stop the Chinese firm from enveloping the globe?

The deadly virus originating out of the central Chinese city of Wuhan is making headlines, and well it should. There’s the potential for this new coronavirus to spread rapidly from China to the rest of Asia and the West.

The virus attacks victims’ immune systems, compromising their health and threatening their very existence. At this writing, there are over 600 confirmed cases of the coronavirus, with at least one in the state of Washington in the United States, and 17 deaths in China.

But there’s another high-risk contagion that has spread much further and deeper into many nations of the world, with very serious consequences as well. I’m talking about Huawei, of course, and its drive to be the main source of 5G telecommunication equipment for the world.

As I’ve written before, the China-based company is the biggest network equipment and phone infrastructure provider on earth. Its equipment is at the very heart of communications systems in countries across Europe and Asia, as well as in several Western states in the United States.

Unfortunately, as many are aware, Huawei gear itself is the infection, compromising networks and phone systems with built-in spyware. This enables the company to record, gather, and alter data of all stripes, from the mundane to the top secret, and send it home to Beijing.

The global equipment provider’s violations range far and wide in their damage to the national security, as well as economic viability, of every nation in which their network equipment operates. In medical terms, the “Huawei virus” undermines nations’ immune system, lowers its ability to defend itself in a variety of critical areas, including trade and foreign policy.

In fact, Huawei was the catalyst of the U.S.–China trade war and the threat it poses to U.S. sovereignty is reflected in President Donald Trump’s very hard line against it. That also explains why Washington identified Huawei as a national security threat last November.

There Are No Coincidences

Of course, Huawei’s behavior isn’t breaking news. Meng Wanzhou, the CFO and daughter of the company’s founder Ren Zhengfei, has been under house arrest in Canada since late 2018. She was taken into custody for allegedly violating U.S. trade sanctions against Iran through a shell company based in Hong Kong.

Coincidentally, Meng’s arrest in Canada at the request of the U.S. government was the same day that Trump was in talks with Chinese leader Xi Jinping.

Was the timing of Meng’s arrest coincidence? Perhaps, but probably not. “In politics,” as the saying goes, “there are no coincidences.”

It’s much more likely, therefore, that Trump wanted to let Beijing know just how serious the United States is about stopping its predatory practices.

Imagine the words that must have passed between them as Beijing learned of the arrest of one of the top officers of its flagship company. The conversation must have been quite animated, to say the least. It’s also probable that in that moment, the Chinese Communist Party (CCP) leadership realized that it wasn’t dealing with Barack Obama anymore.

That’s also why Beijing’s detention of two Canadians shortly thereafter can only be seen in the context of retaliation against Canada for Meng’s arrest.

Although Meng, her father, and even the Chinese regime continue to deny the charge of Iran sanctions violations, investigations by both the legislative and executive branches of the U.S. government have found, without doubt, that such is the case. Those investigations, which confirmed that Huawei acts as an agent of the CCP, resulted in the U.S. Commerce Department blacklisting Huawei from buying parts from U.S. companies without special permission.

This is the context behind Meng’s trial for extradition to the United States, which began this month. If China was expecting the United States to drop the charges against Huawei if they signed the Phase One deal, they’re likely to be disappointed.

Leveraging such quid pro quos is business as usual for Beijing. However, as China is finding out, that’s not how the Trump administration works. The United States is determined to rollback Huawei’s—that is, China’s—penetration and influence in the world, and especially with regard to U.S. allies.

More to the point of the matter, Meng’s extradition to the United States would almost certainly result in a conviction. It would have to. If she were to be acquitted, it would discredit the global campaign against Huawei and Beijing’s predatory trade practices that the United States is so ardently pursuing.

The Cost of Banning Huawei

If a conviction occurs, how serious will Beijing be about fulfilling its side of the Phase One deal? It wouldn’t be a surprise if China backed out of the deal; doubts of its ability to meet the terms already exist.

If that happened, the United States could ban Huawei from the American banking system, severely hindering its ability to do business. That option is already been considered and remains on the table.

China, on the other hand, may be engaged in bit of messaging as well. Huawei’s legal department issued what looks like a thinly veiled threat when chief legal officer Song Liuping stated that, “Banning a company like Huawei, just because we started in China—this does not solve cyber security challenges.”

The meaning of this statement seems rather clear: Beijing is threatening cyberattacks against the United States if the case against Meng goes forward and/or results in a conviction and further actions against Huawei.

The cost of containing Huawei may well be the unwinding of Phase One, which may have been Beijing’s plan all along.