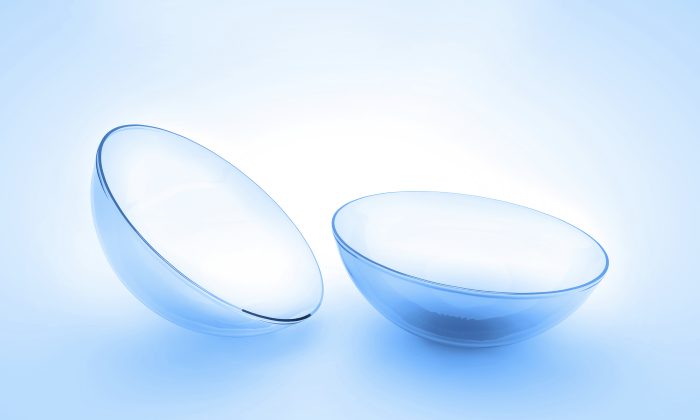 Specifically, the team found that the eye surface, or conjunctiva, has surprisingly higher bacterial diversity than the skin directly beneath the eye and three times the usual proportion of Methylobacterium, Lactobacillus, Acinetobacter, and Pseudomonas bacteria in the eyes of the study’s nine contact lens wearers than is typically found on the surface of the eyeballs of 11 other men and women in the study who did not wear contact lenses.

“Our research clearly shows that putting a foreign object, such as a contact lens, on the eye is not a neutral act,” says senior study investigator and microbiologist Maria Gloria Dominguez-Bello.

“What we hope our future experiments will show is whether these changes in the eye microbiome of lens wearers are due to fingers touching the eye, or from the lens’s direct pressure affecting and altering the immune system in the eye and what bacteria are suppressed or are allowed to thrive,” says Dominguez-Bello, an associate professor at NYU Langone.

“These findings should help scientists better understand the longstanding problem of why contact-lens wearers are more prone to eye infections than non-lens wearers,” says Dominguez-Bello.

“There has been an increase in the prevalence of corneal ulcers following the introduction of soft contact lenses in the 1970s,” says study co-investigator Jack Dodick, professor and chair of ophthalmology.

“A common pathogen implicated has been Pseudomonas. This study suggests that because the offending organisms seem to emanate from the skin, greater attention should be directed to eyelid and hand hygiene to decrease the incidence of this serious occurrence,” he says.

As part of the study, researchers took hundreds of swabs of various parts of the eye, including the eye conjunctiva, as well as along the skin directly beneath the eye. Both swabs and used contact lenses were then subjected to genetic analysis in the lab to determine which bacteria were present.

Surprisingly, researchers say, more Staphylococcus bacteria, which are linked to eye infections and more prominent on the skin, were found in the eyes of non-lens wearers, and researchers do not yet have an explanation for the disparity. Estimates vary, but many cases of potentially scarring bacterial keratitis, or eye inflammation, as well as conjunctival infections occur in contact lens wearers.

The team’s research was presented May 31 at the American Society for Microbiology meeting in New Orleans.

Funding support for the study, which took nearly two years to complete, was provided by the Research to Prevent Blindness Foundation.

This article was originally published by New York University. Republished via Futurity.org under Creative Commons License 4.0.