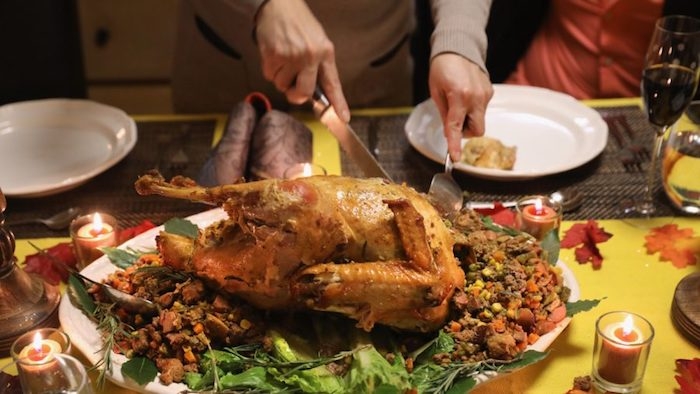 Butterball CEO Jay Jandrain told Fox News in a recent interview that it’s likely American families will see more expensive Thanksgiving turkeys this year and that smaller ones will be harder to find as inflation remains stubbornly high and the supply chain crunch roils on.

Jandrain told the outlet on Nov. 2 that, while he doesn’t expect overall shortages of turkeys, “we do see there will be fewer small turkeys this year,” and advised shoppers to “go out to the stores and get them as early as you can.”

At the same time, Jandrain said retailers have been ordering more turkeys in the face of increased demand and it’s “reasonable to expect” higher prices.

“We have seen food prices increase overall. That’s something we’ve all experienced recently. While we don’t set the prices for our retailers, it is reasonable to expect there will be some increase of costs this year,” Jandrain said.

His remarks come as inflation has been running hot. The Fed’s preferred inflation gauge—the so-called core PCE price index—has been stuck at an annualized 3.6 percent for each the past four months in a row, a 30-year high.

Asked at a Nov. 2 press briefing in Glasgow, Scotland, when Americans can expect prices to come down, President Joe Biden said his administration was working to alleviate supply chain issues, adding that wages were rising faster than inflation, taking some of the bite out of rising prices.

“This Thanksgiving, we’re all in a very different circumstance. Things are a hell of a lot better, and the wages have gone up higher—faster than inflation,” Biden said.

“It doesn’t mean these dislocations aren’t real. They do affect people’s lives,” Biden added. “But the bottom line is that I think that—and anyone who would prefer, as bad as things are in terms of prices helping—hurting families now, trade this Thanksgiving for last Thanksgiving.”

While Biden’s remarks on wages rising faster than prices was accurate when viewed on a monthly basis for the months of August and September, over-the-year inflation in September was higher that wage growth, eroding Americans’ purchasing power. Real average hourly earnings—which are adjusted for inflation—rose 0.1 percent from July to August and by 0.2 percent from August to September, the Labor Department said in a recent release (pdf).

While much of the broader inflation story has focused on surging energy costs and products affected by the semiconductor chip shortage, such as used cars, rising food cost signals have also increasingly flashed red.

The Labor Department’s most recent consumer price inflation report showed that meat, poultry, fish, and eggs were up 8 percent over the year in August, and up 15.7 percent from prices in August 2019, before the pandemic. Beef prices jumped 12.2 percent over the past year, and bacon was up 17 percent.

In the United States, food price inflation has also contributed to a run-up in consumer expectations for future price increases. The most recent Federal Reserve Bank of New York monthly Survey of Consumer Expectations showed that U.S. households anticipate inflation to be 5.3 percent next year and 4.2 percent in three years, the highest readings in the history of the series, which dates back to 2013.