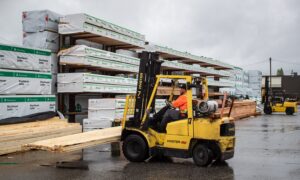 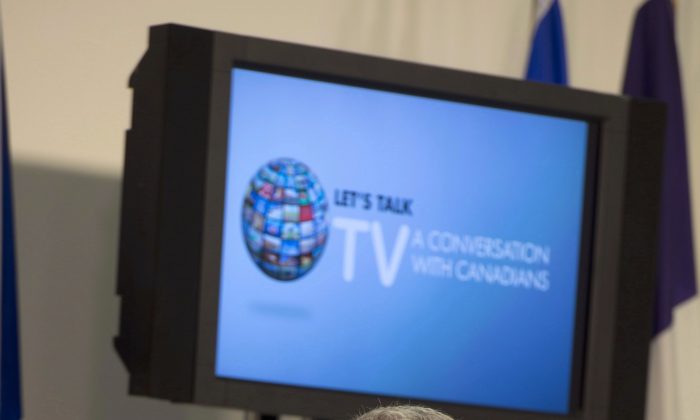 CRTC chairman Jean-Pierre Blais attends hearings on the future of television on Sept. 10, 2014, in Gatineau, Que. Cable and satellite TV companies are now required to offer their customers a basic service package for $25 or less. THE CANADIAN PRESS/Adrian Wyld
Canada

OTTAWA—One of Canada’s major TV service providers say it’s too early to tell how many of their customers will choose to switch to the new slimmed-down services that are on offer as of March 1.

Under new rules adopted last year by the country’s broadcast regulator, cable and satellite TV companies must include a basic service package for $25 or less as part of their packaging options. What’s contained in the so-called “skinny basic” packages depends on the company.

Neither Quebec-based Videotron’s basic cable nor the 26-channel “Starter” pack advertised by Bell offer the American channels. Smaller player SaskTel offers what it calls “LiteMax,” including more than 16 channels, but none of the U.S. networks.

All of the service providers offer top-up programming, either as individual channels or in theme packs priced from $1 per single channel and $3 for package options.

Currently they are required to offer channels either individually or in small packages of up to 10 channels. By December, all channels must be available both individually and in bundles, although consumers will still be required to have at least basic service if they want the “a la carte” options.

SaskTel customer Allan Wilson said he’s reviewing his options with the new smaller basic packages coming onstream. He’s been procrastinating for a while, but thinks it may be time to cut his current service—at a cost of $130 per month—down a size.

“For me, it’s just I’m not home enough to justify the expense [of the bigger TV pack],” said the trucker from Humboldt, Sask.

While some Rogers customers may choose to downgrade, company spokesman Aaron Lazarus predicted that many will decide to stick with what they have now, or even add new channels or buy service for the first time.

“There are going to be some people who don’t have cable in their home right now who are looking at this and thinking, ‘Well, this is a great way for me to get in'”‘ he said. “It’s really too early to say how this is all going to shake out.”

Mike Cleaver, a Vancouver broadcast services consultant and Shaw subscriber, said he would rather have an even smaller basic service, paying extra for the channels he watches.

“I just wish you could simply select each channel you wanted without all the dreck still included in the basic ‘skinny’ lineup,” he said.

“Say a $10 basic fee and a dollar for each channel you want on top of that.”