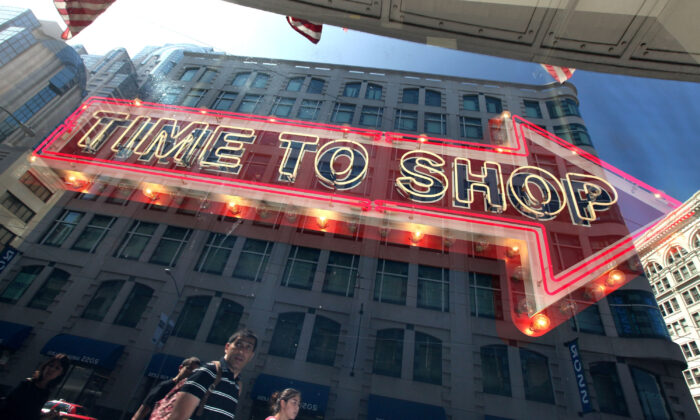 Sentiment among American consumers fell to a decade low in late January, with Michigan University’s monthly confidence survey blaming the decline on pandemic fears and worries about high inflation.

The University of Michigan’s Consumer Sentiment index fell to a reading of 67.2 in January from 70.6 in December, pushing the gauge to its lowest reading since November 2011.

“The Delta and Omicron variants were largely responsible, but other factors, some of which were initially triggered by COVID, have become independent forces shaping sentiment,” Richard Curtin, the survey director, said in a statement.

Curtin noted growing evidence of an emergent wage-price spiral that has become disconnected from initial conditions that sparked the current bout of inflation, namely supply chain dislocations and the labor crunch.

Curtin said that consumers’ primary concern is a combination of rising prices and falling inflation-adjusted real incomes. While average weekly earnings rose 4.7 percent in the year through December, the higher 7-percent rate of consumer price inflation means those income gains have been more than erased, pushing real wages well into negative territory to their lowest reading since 2011.

Inflation has surged in countries across the world, with economists blaming a range of factors, including pandemic-related supply chain and labor force dislocations. Historically unprecedented levels of fiscal and monetary stimulus, along with savings accumulated during the pandemic, have bolstered demand in the face of constrained supply, driving up prices.

The Federal Reserve’s preferred inflation gauge, the so-called PCE price index, surged to a multi-decade high in the year through December, though it inched down in month-over-month terms, according to new government data released Jan. 28. At the same time, an alternate measure that reflects underlying price pressures rose in both annual and monthly terms, suggesting inflation would stick around longer.

Meanwhile, Americans’ expectations for what inflation will be at the one-year and three-year horizons remained stuck at near record high readings for the second month in a row in December, according to the latest survey from the New York Federal Reserve, which also showed households anticipating a historic boost in earnings.

At the same time, U.S. consumer confidence in government economic policies has dropped to its lowest level since 2014, Curtin said.