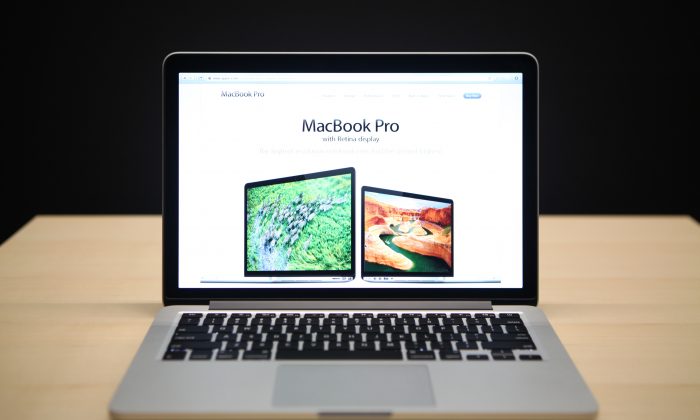 The new 13 inch Macbook Pro with a Retina display is seen during Apple's special event at the California Theatre in San Jose on Oct.r 23, 2012 in Calif. (Kimihiro Hoshino/AFP/Getty Images)
Tech

Consumer Reports: Apple’s MacBooks Are the Most Reliable Laptops

Consumer Reports has a definitive answer to a particular debate between laptop buyers. Are MacBooks better than Windows notebooks? Or is it the other way around? The product testing organization found that MacBooks are more reliable than their Windows-based counterpart, after conducting a large-scale study looking at laptop performance.

The company asked 58,000 subscribers who purchased laptops between 2010 and 2015 to detail their notebook experience, including failures. Of all laptops out there, two laptop families stand out in the study, the MacBook Air, which has a 7% estimated failure rate, and the MacBook Pro, which has a 9% failure rate.

Windows laptops are used more than 20 hours a week while MacBooks are used an average of 23 hours a week, ZDNet reports. Even so, it’s the Windows machines that have higher failure rates after three years. Samsung and Gateway have a 16% failure rate, with the rest of the industry at 18-19%.

Apple’s laptops have a 3-4% annual breakdown rate while Windows machines are more likely to fail in the first year, often under warranty.

Tim Cook Says Apple Has No Plans to Release a MacBook/iPad Hybrid Device
LG Gram: The New MacBook Has a Proper Competitor

Consumer Reports advises laptop buyers to purchase new MacBooks with extended AppleCare warranty but save such costs on Windows PCs.