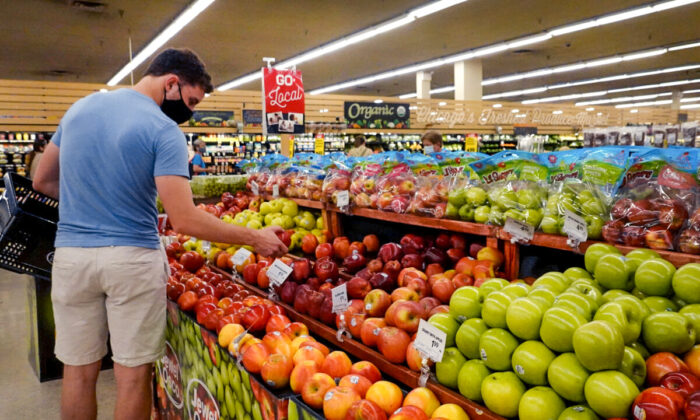 A customer shops for fruit at a Safeway store in San Francisco on Oct. 4, 2021. (Justin Sullivan/Getty Images)
By Tom Ozimek