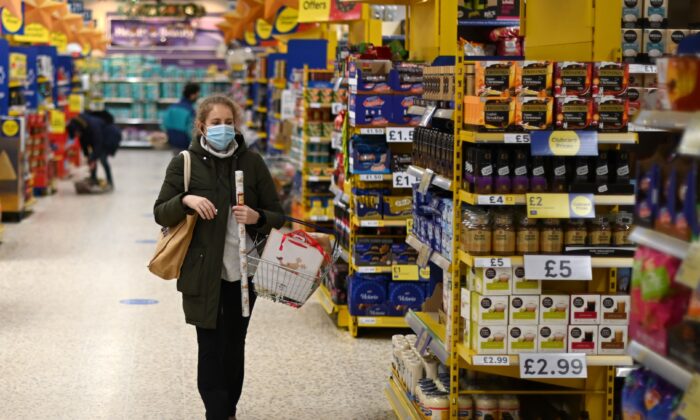 Procter & Gamble Co. said it will raise prices on a number of household staple goods as the cost for raw materials and freight has increased faster than it had anticipated.

The new price hikes are not being implemented on all its products, but they will be marked for specific items such as razors and in some sub-categories, CFO Andre Schulten told Reuters. U.S. retailers are aware of the new sticker prices, he added.

“We announced price increases to retailers in the U.S. on oral care, skin care, and grooming,” Schulten said in a conference call. “It’s item by item,” he added, although he did not say how much the prices will rise.

“As this pricing reaches store shelves we’ll be closely monitoring consumption trends,” he also remarked in the conference call. “While it’s still early in the pricing cycle, we haven’t seen notable changes in consumer behavior.”

Global supply chains are under strain due to factors such as a resurgence of COVID-19 cases and lockdowns in Asia and labor shortages in the United States, leading to a surge in raw material prices that is also squeezing profits at Unilever and Reckitt Benckiser.

Meanwhile, inflation in the United States is at the highest level in years amid supply chain bottlenecks and labor issues.

“We do not anticipate any easing of costs,” Schulten also told the Wall Street Journal in an interview on Tuesday. “We continue to see increases week after week, though at a slower pace.”

On Tuesday, the firm raised its commodity and freight costs impact for this fiscal year to $2.3 billion from $1.9 billion.

The Cincinnati-based consumer products giant will find backup suppliers and will switch shipping routes to deal with potential bottlenecks, he told the Journal.

“To the consumer, it looks like we’re in good supply,” Schulten said.

For the quarter that ended on Sept. 30, Procter & Gamble reported sales of $20.3 billion, according to its quarterly earnings report. Net earnings were about $4.1 billion, a 4 percent drop year-over-year.

And for the fiscal year 2022, the company expects to see a growth of between 2 and 4 percent in sales.

Additional expenses will shave off 90 cents from its full-year earnings per share, compared with a previous forecast of a hit of 70 cents.