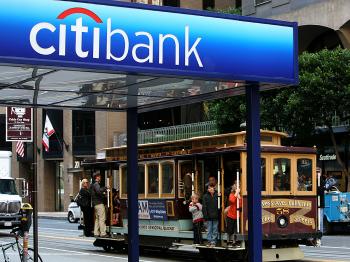 A Reuters/University of Michigan index of consumer sentiment rose to 61.9 points, the highest since last fall, when the collapse of investment bank Lehman Brothers Holdings and a subsequent emergency rescue of American International Group pushed the United States deeper into recession.

Other reports seem to support the view among economists that the recession may finally be easing. The U.S. Labor Department said last week that first time unemployment applicants dropped unexpectedly in the prior week, and confidence among home builders—a key indicator of real estate market strength—reached its highest level since last October, a new Wells Fargo/National Associate of Home Builders index suggested.

“Recently we have seen tentative signs that the sharp decline in economic activity may be slowing, for example, in data on home sales, homebuilding, and consumer spending, including sales of new motor vehicles,” Federal Reserve Chairman Ben S. Bernanke said at Morehouse College last week, according to a Fed transcript. “A leveling out of economic activity is the first step toward recovery.”

The Dow Jones Industrial Average closed up slightly, to 8,131 points, capping a week that saw the Dow rise more than half a percentage point. The index has increased almost 10 percent in the last month.

Oil futures also settled higher on Friday, to above $50 per barrel, as signs of an economic recovery pointed to higher oil demand in the United States, Europe, and China.

Citigroup Inc., one of the hardest-hit in the financial crisis, reported surprisingly upbeat first-quarter results on Friday as it posted its first net profit in over a year.

The bank reported net income of $1.6 billion, a huge turnaround from the $5.1 billion loss suffered this time last year. Common shareholders saw first quarter losses of $966 million as Citigroup used its earnings to pay dividends on preferred shares, including dividends for the U.S. government.

Many analysts expected better results from Citigroup as a memo last month from the bank’s CEO Vikram Pandit said that Citigroup was turning in a profit through the first two months of the year.

The bank’s announcement followed positive reports from Goldman Sachs ad JPMorgan Chase, a sign that the U.S. government’s support for the financial industry may have stabilized the sector.

Citigroup alone received three cash infusions from the U.S. Treasury, including the latest deal to give the U.S. government almost a 40 percent stake in the bank.

“This is the strongest quarter we’ve had in well over a year on many measures,” Citigroup CFO Ned Kelley said on a conference call with analysts on Friday morning. “Perhaps more vividly reflected in positive net income. Overall revenues were strong, driven by the performance of institutional clients group which offset declines in other areas.”

The Trouble Asset Relief Program (TARP), signed into law during the George W. Bush Administration, has received much criticism from the public for not using the pledged money wisely. Current Treasury Sec. Timothy Geithner has proposed a wide overhaul of the system, including a new program aimed to extract toxic assets from banks’ balance sheets.

Allison becomes the new assistance secretary for financial stability, tasked with running the TARP program under the U.S. Treasury. He had originally served as Sen. John McCain’s national finance chairman during the 2000 presidential campaign.