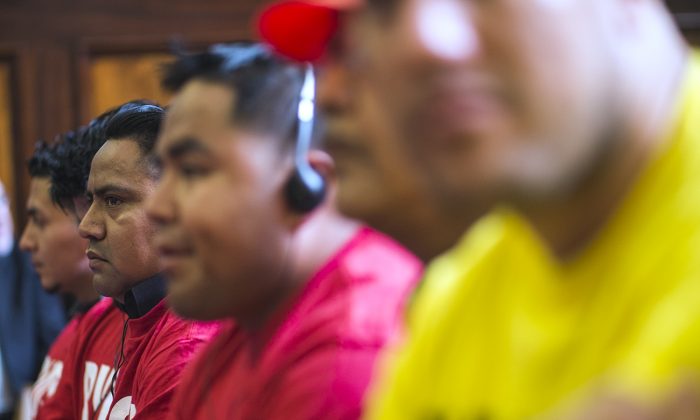 NEW YORK—The city’s Consumer Affairs Department backed a proposed City Council bill Thursday to license car washes. At the hearing, car-wash owners said they were terrified by a provision in the bill that would require each licensee to buy a $300,000 surety bond.

Currently, car washes are not licensed by the city, but are still subject to the same oversight as other businesses in New York City. For example, the Department of Consumer Affairs may issue fines for deceptive business practices and the Department of Environmental Protection handles potential environmental hazards.

The proposed bill would have the Department of Consumer Affairs license car washes, which would expand the city’s enforcement options. The City Council began pursuing legislation to license car washes after wage violations and other issues were exposed in a high-profile lawsuit brought by the state’s Department of Labor against a large New York City car wash operator. That lawsuit, begun in 2010, was settled for $2 million.

“We believe that this licensing scheme is a step in the right direction to improving the industry for car wash customers, owners, and workers,” Julie Menin, the commissioner of the Department of Consumer Affairs said.

A car wash license would cost owners $550, but that cost would be negligible compared to the cost of obtaining the $300,000 surety bond mandated in the proposed bill.

Car wash owners would have to obtain financial statements from a certified public accountant (CPA) in order to apply for a bond of that size, according to Jeffrey Price, a surety specialist who testified at City Hall on Thursday.

“Many car washes may go through the extent of obtaining a CPA to prepare financial statements just to find out they do not qualify for a bond of this size,” Price said.

Car wash owners also singled out the bond requirement as the most threatening part of the legislation. One compared the $300,000 surety bond amount to those required in other industries: $2,000 for auctioneers, $5,000 for laundries, and $10,000 for a storage warehouse.

“All surety companies will require a certain threshold of financial strength, which will be relative to the size of the bond required,” Price said. “Many smaller car washes would not qualify for the thresholds that would be in place for a $300,000 bond.”

“Requiring a $300,000 surety bond alone would put most in our industry out of business as no surety company will provide such a bond to a car wash business,” Stephen Bernard, a semi-retired car wash owner and member of The Association of Car Wash Owners, said. “And that’s the surety bond industry telling us that.”

There are approximately 200 car washes in New York City, which employ over 5,000 people, according to a 2012 report by Workers Aligned for a Sustainable and Healthy New York (WASH), a group advocating on behalf of car wash employees.

Nearly 80 percent of car washes in the city were suspected of having serious wage violations in a report by the New York State Department of Labor (DOL) released in 2010. That report also found that workers were working more than 70 hours a week, paid below the minimum wage, and forced to share tips with nonservice employees. DOL sued a Manhattan car wash for failing to pay overtime, among other charges, and later settled with the company for $2 million.

Advocates allege that workers are routinely exposed to noxious chemicals without wearing appropriate protective gear. They also allege that the discharge from the car washes, if not properly handled, can cause environmental risks.

Car wash owners said that the industry as a whole is being mistreated because of a few bad apples. According to testimony from several owners, many car washes are owned by immigrants who struggle with some of the nation’s highest water and electricity bills. Most, Bernard said, pay their workers legal wages and comply with all city, state, and federal regulations.