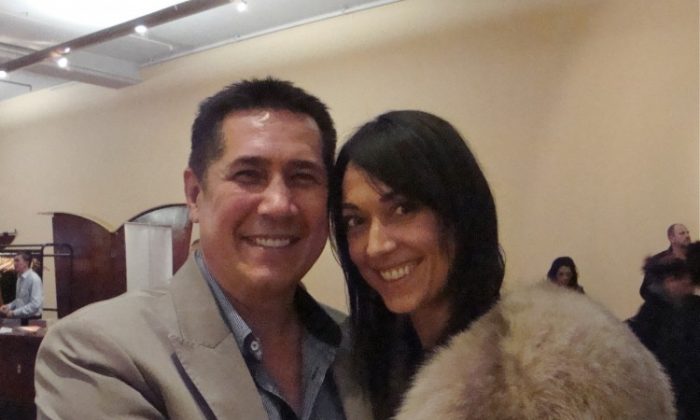 Another captivated audience member, Cobus Scholtz, consulting partner and Technology and Public Sector Leader in Wellington’s office of Deloitte, was overwhelmed by the spectacular presentation that he was witness to.

“I really enjoyed the choreography and the subtleness of the dancers, … a really, really great show,” he said.

Mr. Scholtz was taken by the colourful costumes. One in particular that was ornamented with jingling bells.

“That one is just fantastic,” he said. “[The] movements with the feet and the hands in rhythm. It just looks like … ‘how, did they do that and keep the beat,’ because then you have to keep to the dance absolutely within the beat of the music.”

Mr. Scholtz was also captured by the dynamic backdrop scenes integrated into the dance routine.
Projected behind the dancers, the hi-tech images lift the stage and set it amidst blossoming landscapes, deep forests, Mongolian prairies, or celestial paradises, states Shen Yun’s website.

“It is great. It kind of tells a story very quickly, and it also kind of creates depth. … They used the stage quite well with a number of dances that they have,” he said.