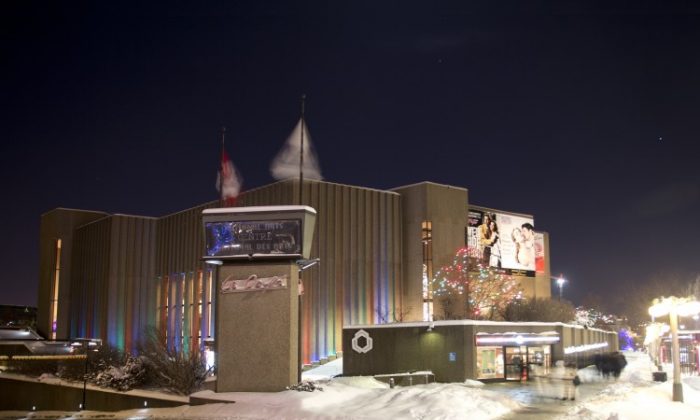 Dairy farmer Thom Mueller described Shen Yun as inspirational after seeing the first half of the show on Dec. 29, 2012, at the National Arts Centre in Ottawa. (Courtesy NTD Television)
News

Mr. El Sayed said he enjoyed the martial arts elements incorporated into some of the story-based dances of the acclaimed classical Chinese dance and music production.

That includes movies about the famed Shaolin Temple. Mr. El Sayed said he enjoyed the humour in When Shaolin Monks Protected the Emperor, a little legend about why Shaolin monks eat meat, something that has been off-limits for Buddhist monks for centuries.

Based in New York, Shen Yun tours the globe every year staging an all-new presentation of classical Chinese dance with a unique philharmonic orchestra that includes Chinese instruments leading the melodies.

According to the Shen Yun website, the Chinese word for martial is wu, the Chinese word for dance is also wu, written differently but pronounced the same. The two systems of movements have a shared bloodline—whereas Chinese martial arts fulfills the purpose of fighting and defending, classical Chinese dance entertains as a performing art.

Mr. El Sayed said the martial arts aspect in the storyline of Yang Zhi and his Sabre was also excellent.

“I enjoyed it very much.”

The dance tells of gallant Yang Zhi, an exceptional fighter with a sword that could cut through anything. But when he and his men are tricked by bandits and lose a shipment of goods bound for the emperor, he is forced to sell his sword until a chance encounter with the bandits gives him an opportunity to set things right.

His girlfriend, Maria, said she also enjoyed it.

“The dancers—They are very flexible. And all the colours—the colours are lovely. The dancers are very, very talented,” she said.