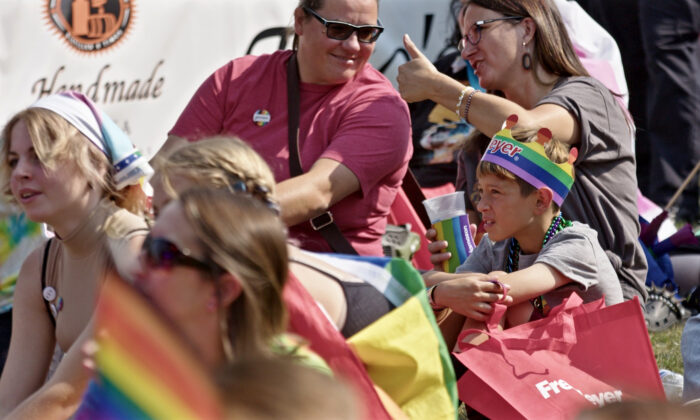 From Idaho to Texas, parents and conservative groups are organizing to push back against the sexualization of children that involves “drag” shows and LGBT content.

In Idaho, a “drag kids” show with performers as young as 11 was postponed Sunday at the Boise Pride Festival in Idaho after the state GOP called on constituents to pressure event sponsors to withdraw support.

And in Katy, Texas, a group is organizing against the First Christian Church, Disciples of Christ. The church intends to hold a “drag bingo” event open to families this month.

The Idaho GOP was able to mobilize hundreds of people to delay the “drag kids” event. When the Idaho GOP and its chair Dorothy Moon got wind of a drag show to be performed by 11- to 18-year-olds, the organization launched a series of press releases Sept. 7-8, saying the Left was using a taxpayer-funded event to “sexualize children.”

The Idaho Department of Health and Welfare, Zions Bank, and Idaho Power canceled their contributions.

The church, which openly supports LGBT populations, is using the bingo game open to families to benefit its “Transparent Closet,” a clothing boutique for “trans and exploring teens, youth and young adults.”

According to the church’s website, the Bingo fundraiser will feature “Kiki” and “Jamie” in its lineup for the event. The website said the 5 p.m. event was open to all ages, with an adults-only version at 8:30 p.m.

No one answered when The Epoch Times called the church, which did not have a voice mail system in place.

James McCoy Taylor, a songwriter-singer known for his appearance on The Bachelorette, took to Facebook saying he will protest on Sept. 24 outside the church he once attended while living in Katy.

“We need you. Bring signs. Tell your friends. Tag a pastor or someone who should be there!” Taylor posted on Facebook.

In Idaho, Boise Pride canceled the children’s drag show temporarily for “safety concerns” but said the event would be rescheduled, according to a Twitter post.

Moon and the state Republicans listed 20 businesses and phone numbers of the festival’s corporate sponsors in a release, asking citizens to contact the companies to pull support for the event which exposed children to sexual content.

A guide published by Boise Pride said the drag children were “ready to bring it all to the Boise Pride Festival stage.” It encouraged visitors to: “Come cheer them on as they bring drag to the younger generation.”

According to the Idaho GOP, they received overwhelming support for their call to action. Many sponsors withdrew their sponsorship Moon told The Epoch Times in an email.

“We have received hundreds of incoming calls and emails from Idahoans, and from concerned citizens through the U.S. and around the world, in support of our response calling out the sponsors of this event that sexualized children,” Moon wrote.

Idaho Republicans plan to be on the lookout for when the “drag kids” event is rescheduled.

Boise Pride defended the “drag kids” show with a statement on Twitter, saying parents of the performers supported their children and that dressing in drag was “a powerful form of creative expression” for children seeking acceptance.

“Drag story time” was not canceled and was still held at the festival on Sunday, Moon said in the email.

In one of the GOP releases, Moon pointed out that “gendertainers” would host “drag story time,” where adult entertainers dressed in sexually provocative clothing read to children.

The guide described the storytelling event as stories being read by drag queens and kings—Kenni The Doll, Celeste Lotsaheart, and Dante Diamonte.

Boise Mayor Lauren McLean, who attended the Pride Festival Sunday, called out the “inflammatory rhetoric” in a statement on Facebook on Sept. 8, saying that it spotlighted the need for people to stand together and support diversity.

“I appreciate the actions the Boise Pride Festival is taking to protect everyone who will join in their celebration this weekend,” she said on Facebook.