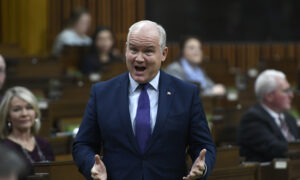 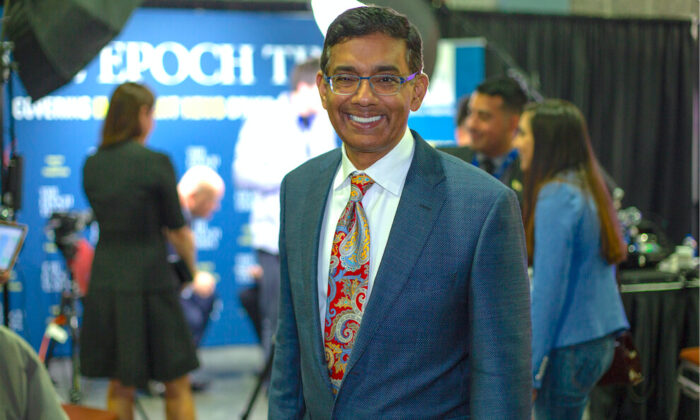 Conservatives Need to Get Into ‘Wartime Mode,’ D’Souza Says

It’s time for a new Republican Party to emerge that is willing to secede from the left’s cultural institutions and set up its own, author and filmmaker Dinesh D’Souza said during a Turning Point USA speech on Dec. 20.

“We need to go a little bit into a sort of wartime mode,” he said. “Not because we’re inherently militaristic, but because that is the reality of our situation.”

D’Souza relates the current situation in the United States to a “domestic cold war” and that the political left—partly due to the right’s acquiescence—has become “gangsterized.”

“So this is a dark, a new turn in American politics. And I think part of political wisdom is to recognize that that’s what’s going on. And we need a response that is adequate to that challenge.”

D’Souza, whose latest book, “United States of Socialism,” was published in June, said the left’s push for socialism means conservatives must “exit their culture completely.”

He said conservatives need to set up their own schools and universities, create their own movies, and have their own comedians.

“What I’m saying is we create our own culture, we live in it. And thanks to the Second Amendment, we defend it,” D’Souza said.

The real goal of socialists, he said, is to enforce conformity across all of society, not just the redistribution of wealth. Schools and universities are used to further their agenda on impressionable children and young adults, he said.

“Today’s socialists claim to model themselves on the ‘socialism that works’ in Scandinavian countries like Norway and Sweden,” D’Souza states on his website. “In reality, socialism abandoned the working class and found new recruits by drawing on the resentments of race, gender, and sexual orientation. Modern-day socialism is ‘identity socialism,’ a marriage between classic socialism and identity politics.”

“Democracy is based on the idea that the losers don’t need to launch a civil war, because they have a chance to win the next time,” he said.

But all bets are off if the loser feels the playing field is rigged and there’s no chance of winning again, he said, “because if the loser genuinely feels that, then the democratic system has broken down.”

A recent Epoch Times survey of Trump voters in Georgia found that almost 91 percent didn’t trust that ballots cast in the presidential election were tabulated accurately in the state.

Registered nurse Susan W. said she’ll vote in the runoff, but if the Democrats candidates win, she’ll “be certain that there’s no point voting anymore.”

Another respondent said: “I’m very reluctant to vote again without any changes in the way we vote, but I can’t just not vote.

“I early-voted in the Nov. 3 election, and there appeared to be fraudulent handling of my vote, so I’m going to vote on Election Day and see if that makes a difference.”