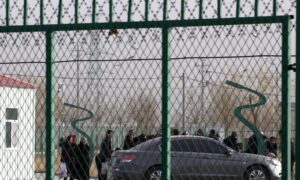 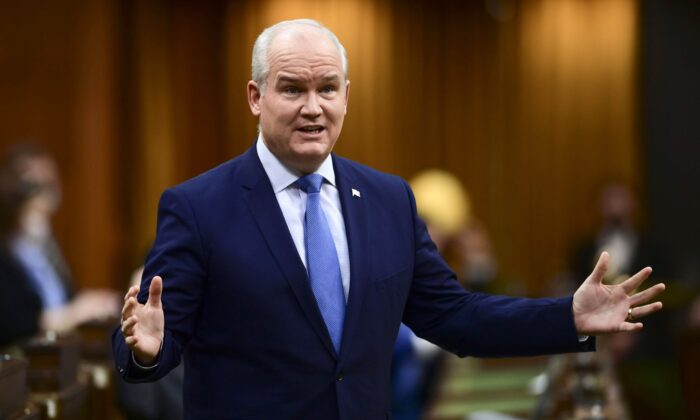 Conservative Leader Erin O'Toole rises during question period in the House of Commons on Jan. 28, 2021. (The Canadian Press/Sean Kilpatrick)
Canada

Conservatives’ Chances of Success in Reaching for the Centre

Political scientists and strategists agree that Conservative Leader Erin O’Toole is reaching for both centrist and Ontario voters, but disagree on whether the approach will succeed.

Barry Cooper, a political science professor at the University of Calgary, says the Conservatives are trying to gain “the mushy middle, which is already pretty much monopolized by the mushy Liberals,” and the approach won’t work.

“If you are a conservative and you have deep suspicions about various forms of political correctness, you’re going to look around for somebody like that to vote for, and if you don’t find it in the Conservative Party, then you’re probably not going to vote,” Cooper said in an interview.

He adds that “appeasing” the media won’t be a winning strategy “if the media are part of the problem.”

During Andrew Scheer’s tenure as party leader, he was often confronted by members of the media over his personal beliefs on social conservative issues. More recently, the Conservatives voted to oust Ontario MP Derek Sloan, who has been featured negatively in media reports over some of his comments, with reporters on multiple occasions asking Scheer or O’Toole whether Sloan would be expelled.

Bernier, who says he is from the “progressive conservative school,” believes the Conservatives don’t need “to go further right.”

“I don’t think that Conservatives need to be extreme in their position and that’s where … Sloan was pushing a little bit too much,” he says, adding that the Conservatives must be able to strike a balance that appeals to Canadians.

“Canadians are concerned about economy and environment, so you need to be able to find ways to merge those two.”

Bernier believes the Conservatives must present a practical alternative to what he says is the Liberals’ mishandling of relations with China, the underdevelopment of natural resources, and burdensome regulations on business.

“I don’t think they need to be either Trudeau lite or Trudeau-like or anything like that,” he says.

Salim Mansur, a professor emeritus at the University of Western Ontario and a former Conservative candidate contender who was barred by the party from running, says the Conservative Party today seems too much like the Liberals. He says the Tories should go beyond merely focusing on winning the major urban centres in Ontario where voters are looking for a certain ideology.

“The Conservative Party has to decide what it stands for. It is at the moment, and has been, without any distinction from the Liberals. They stand for globalism,” he said in an interview.

A Muslim himself, Mansur says the Conservatives dropped him because they said his views were Islamophobic.

“They were doing exactly what the Liberals wanted them to do,” he said.

“Same thing would apply to the great number of people who question U.N. Agenda 2030—Erin O’Toole will not allow them to be part of the Conservative Party or Conservative caucus, people like Derek Sloan or Jim Karahalios.”

Political scientist Tom Flanagan, an important figure in former prime minister Stephen Harper’s 2006 election campaign, says O’Toole needs to handle extremists correctly but must be careful to defend his own when the opposition is constantly expanding the definition of extremism.

“It’s essential for the leader to draw a line on the party’s right flank that excludes extremists. On the other hand, he has to be quick to defend all those who fall inside the line, because the Liberals are always trying to move it,” Flanagan said.

He adds that the Conservatives haven’t been able to attract “independents and soft Liberals” thus far, so their fortunes lie in gaining those who desert the Liberals as a result of the party’s missteps.

“Events and mistakes will have to play a part in driving them away from Trudeau,” Flanagan said. “Perhaps their bungling of vaccination may do the trick.”