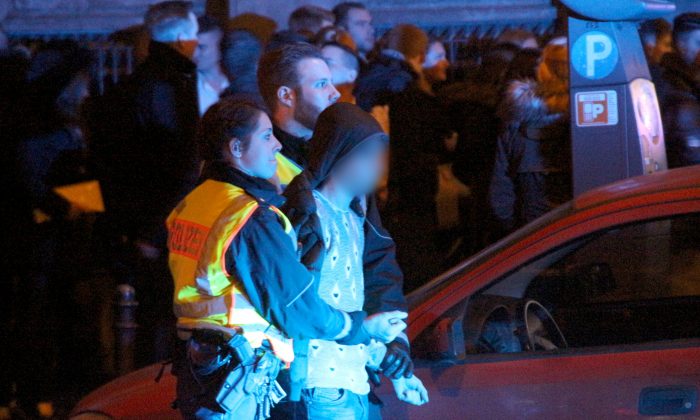 Reker drew fire for focusing on what women can do differently instead of the men who committed the widely reported crimes. At least 106 women have filed complaints of sexual assault and robbery, including two accounts of rape.

At least 106 women have filed complaints of sexual assault and robbery, including two accounts of rape.

The mayor’s proposed “code of conduct” for females includes staying an arm’s length away from strangers, remaining within your own group, and asking bystanders to intervene or to help as witnesses.

But many of the women were doing all of those things when assaulted by hundreds of men described as being of “North African and Arab origin,” a fact that Loesch emphasized in her comments on Fox News.

“The Blaze” host started out by saying, “Can we tell Muslim immigrants not to rape and assault women?”

She added that Reker “is shaming the women who endured this.”

“It’s really hard to stay an arm’s length away from someone who is grabbing at you, who is separating you—physically manhandling you—separating you from your group,” Loesch said.

“It’s her fault, she should have run faster,” host Megyn Kelly said sarcastically, referring to one of the victims who was reportedly surrounded by 30 men.

“Oh, I know, her ‘code of conduct,’ right?” Loesch replied. “It’s offensive on it’s face. And it was all done for the sake of political correctness, because German officials didn’t want to rock the boat.”


Critics of Germany’s welcoming stance to immigrants have seized on what happened.

“This is where Merkel’s irresponsible immigration policy will lead us,” declared Thorsten Craemer of the far-right fringe party ProNRW, which staged a small rally in front of Cologne’s main train station, the site of the attacks, reported the Associated Press. “There will be battles for resources, confrontations far worse than what we’ve experienced on New Year’s Eve.”