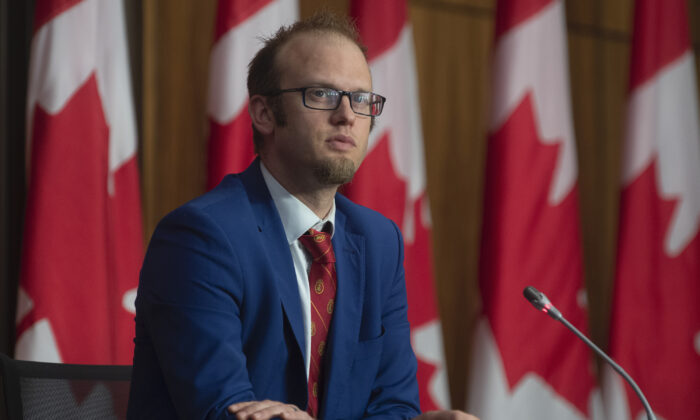 Conservative MP Arnold Viersen listens to a speaker during a news conference, on May 27, 2021 in Ottawa. (The Canadian Press/Adrian Wyld)
Canada

Conservative MP Arnold Veirsen says it’s “odd” that the leading category of death among Albertans in 2021 was “ill-defined and unknown causes.”

Statistics from the government of Alberta show that ill-defined and unknown causes of death were the leading killer in 2021, with almost three times as many deaths recorded in this category when compared with 2020.

Veirsen, who hails from Alberta and represents the Peace River—Westlock riding north of Edmonton, says the issue warrants further investigation.

“I don’t know how they can be investigating this and whose job it is,” said Veirsen in an interview. “But it is an odd thing to me.”

Unknown causes of death were recorded beginning in 2019. Dementia was the second leading cause of death in Alberta in 2021, while COVID-19 fell to third.

Veirsen wondered if the healthcare system is so overwhelmed amid the pandemic that it didn’t have time to sort out the cause. He suggested that Alberta Health Services should investigate, adding that the category seems “useless.”

The unknown cause of death category emerged on the list in 2019, previously it had not been included in the ranking list dating back to 2001.