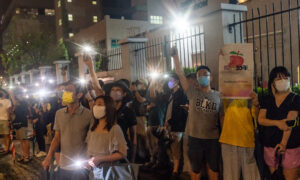 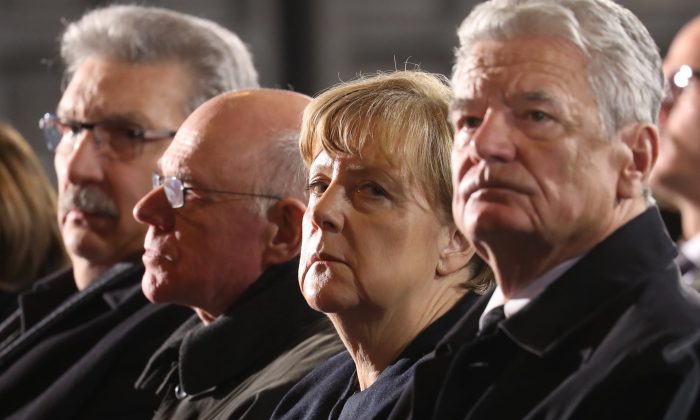 (R-L) German President Joachim Gauck, Chancellor Angela Merkel and the President of the German Parliament, Norbert Lammert, and other politicians attend a memorial service in Berlin's Kaiser-Wilhelm Memorial Church for the victims of a truck attack on a crowded Christmas market the day before, killing several people on Dec. 20, 2016. ( Michael Kappeler/Pool Photo via AP)
Europe

BERLIN—A lawmaker who has long been critical of Chancellor Angela Merkel’s policies says she is leaving the German leader’s conservative party, citing discontent over Merkel’s approach to migrants.

Erika Steinbach, 73, has been a lawmaker for Merkel’s Christian Democratic Union (CDU) since 1990. But the conservative has increasingly been at odds with the chancellor, who has steered her party toward the left. Steinbach has criticized the most recent Greek bailout and Merkel’s open arms approach to migrants in 2015.

Steinbach was quoted Saturday as telling the Welt am Sonntag newspaper: “Would I vote CDU at the moment? No. Would I join the CDU today? No. I can only draw the honest conclusion of leaving the CDU.”

Steinbach said that allowing people into Germany for months without identifying them properly went “against our laws and against EU treaties.”

More broadly, she said that in the CDU’s program “the conservative element has been deliberately marginalized step by step, even stigmatized.”

Steinbach doesn’t plan for now to join the nationalist Alternative for Germany, or AfD, which has gained in polls by attacking Merkel’s migrant policies, Welt am Sonntag reported. But she said she hopes AfD will enter the German parliament in an election expected in September “so that there is finally an opposition there again.”