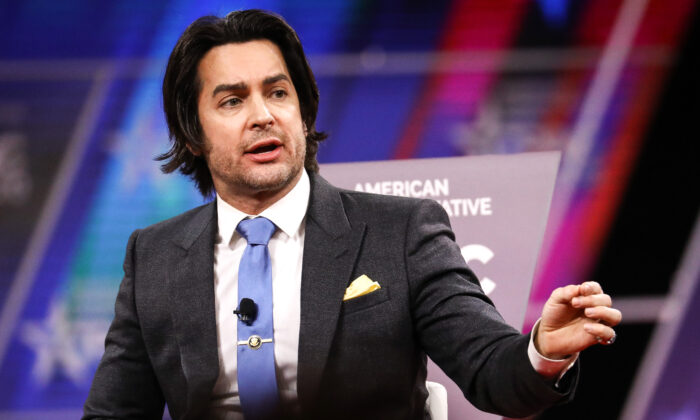 A conservative activist has been sentenced to three months of home detention and a $5,000 fine.

Brandon Straka, 45, of Nebraska, was sentenced on Monday for his participation in the Jan. 6 breach of the U.S. Capitol building.

U.S. District Judge Dabney Friedrich accused Straka of abusing his online platform to encourage people to attack on Jan. 6 and defend the events that unfolded on that day.

“Election challenges are fought in the courts, not by storming the Capitol,” Friedrich said, calling Straka’s use of social media “deeply disturbing.”

Straka, a Democrat-turned-Republican, pleaded guilty in October to a disorderly conduct charge, a misdemeanor with a maximum penalty of six months imprisonment.

Straka founded the “WalkAway” movement, which encourages disenchanted Democrats and liberals to move right. The former hair stylist in 2018 posted a video titled “Why I left the Democrat Party,” which went viral.

He told the judge he and his social media followers don’t condone violence. Straka said his relationship with his fans and followers isn’t just about politics, “it’s about love.”

“It’s not who they are, and it’s not who I am, which is why they love our movement,” he said.

Straka didn’t enter the U.S. Capitol on Jan. 6 although he was charged with doing so. According to court documents, he was also charged with impeding law enforcement when he joined in chants encouraging protesters to take a police officer’s shield. Both charges were dropped after the judge reviewed video evidence of the incident.

Straka in a statement said he joined in chants after he “observed others yelling to take a U.S. Capitol Police Officer’s shield,” and told the judge he was “deeply sorry and ashamed,” the Huffington Post reported.

“Even if he didn’t personally engage in violence or property destruction during the riot, Straka encouraged and celebrated the violence of that day,” Assistant U.S. Attorney Brittany Reed wrote in a court filing.

WUSA-9 reported that the judge was skeptical about the defendant’s statements.

“He wants me to believe he was there completely oblivious to what was going on around him, that he was just a peaceful protester, and it’s very hard to believe that based on his conduct and his statements,” Friedrich was quoted as saying by the news outlet.

However, Friedrich said Straka wasn’t being punished for his political views or personal beliefs.

“None of the criminal conduct to which Mr. Straka has admitted is covered by the First Amendment,” the judge said.

The Epoch Times has reached out to Straka and Essayli for comment.

The Department of Justice said on the one-year anniversary of the Capitol breach that more than 725 people had been arrested so far.